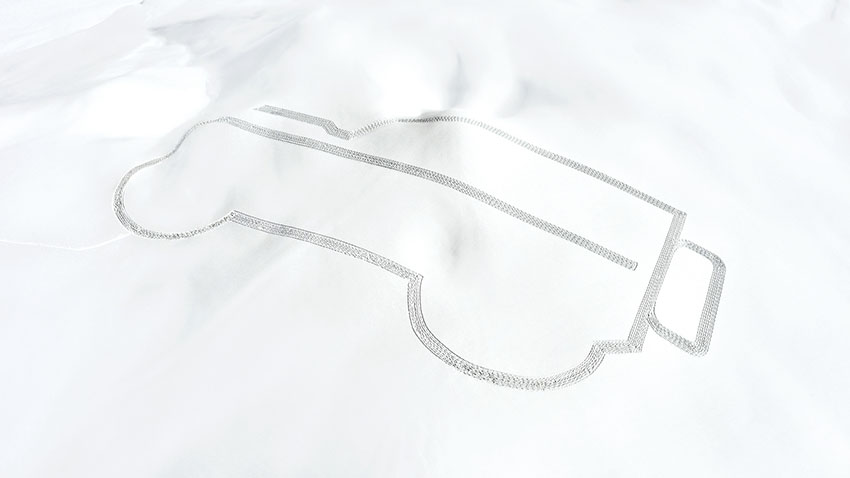 The world first saw a Land Rover in April 30, 1948 at Amsterdam Motor Show. Since then, Land Rover is globally charting terrains. The vehicle became the best companion of the audacious people. The innovators successfully modified Land Rovers for utilities not intended for. There are lot many interesting facts in ‘Glimpse – Land Rover’.

During the summer of 1947, Mr. Maurice Wilks was on the beach of Red Warf Bay in Anglesey, UK with his brother Mr. Spencer Wilks, discussing a better vehicle than Willys Jeep. Mr. Maurice scratched the wet sand on the beach to illustrate how the first rover might be configured. What was drawn on the soft sand was the one which went in to production.

Marking the celebration of 70th Anniversary and in honour of Mr. Maurice Wilks, the epic outline of Defender is drawn on the French Alps. British snow artist Mr. Simon Beck drew this 250 m long sketch at La Plagne in French Alps at an altitude of 2700 m. He travelled 16.5 km taking 20894 steps to complete this remarkable feat. Later, the artist said “This must be the most recognisable piece of art I’ve ever made”. You can watch the making of ‘Land Rover – Line in the Snow‘ at YouTube.

Land Rover is celebrating their 70th Anniversary on ‘World Land Rover Day’, April 30, 2018. The celebration will be online broadcast live across the globe. This event is all about those people who helped creating the iconic Land Rover 4x4s since 1948.

Dibyendu Joardar
An advertising professional with more than 17 years of experience. Started his career in ad agency in Chennai as a visualizer. Worked as Publicity Manager with a garment maker in Mumbai. A industrial photographer, cinematographer, content producer and script writer.
http://www.djclicks.com
Don't Miss It

Alabama law: It is illegal to drive while blind-folded.

Tata Motors opens bookings at an amount of INR 11,000 only for the new NEXON AMT with HyprDrive Self-Shift Gears