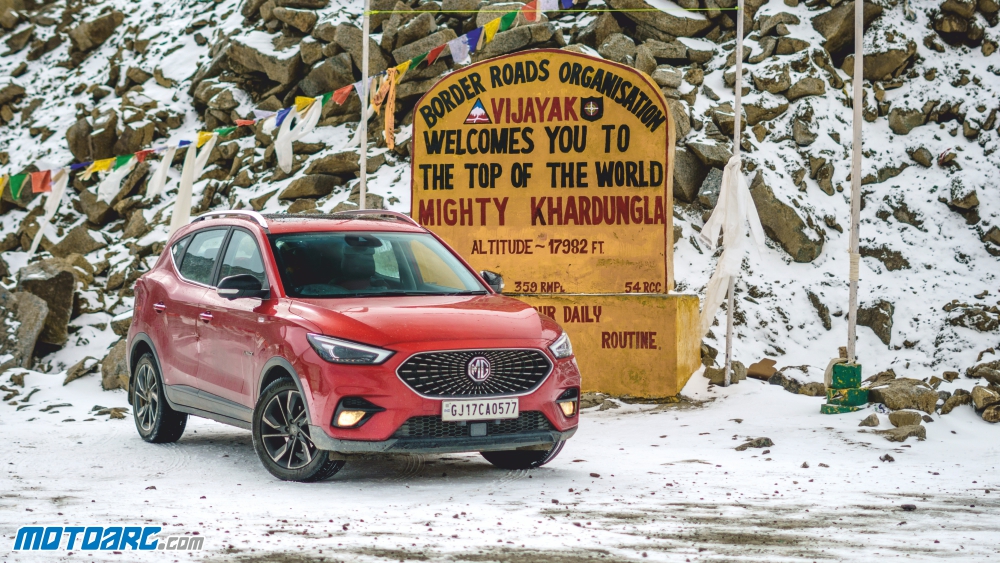 The MG Astor turns heads on the road to qualify as a looker, keeps its occupants in great comfort but it won’t blow your socks away with its performance

MG Motors India has made a name for itself for making tech-laden SUVs. It was also a brand that was among the first to offer an EV, the ZS EV at a reasonably accessible price. Speaking of which, the Astor is the petrol-powered equivalent of the ZS EV. We picked up the car in Pune and headed straight on a road trip to Leh Ladakh. Here’s how the Astor performed.

The MG Astor sits in a category in which its rivals are the likes of Hyundai Creta, Kia Seltos, Nissan Kicks, and now the new Toyota Urban Cruiser Hyryder and the Suzuki Grand Vitara. And in that company, the  Astor looks ‘Conventional’. Owing to its understated looks, it’s unlikely to draw any sharp opinions about its looks.
It is actually refreshing to see the headlights where we are used to seeing them. The Astor gets sleek headlamps with eyebrow-style DRL integrated into the headlamp unit itself. An array of 9 jewel elements add more bling to the headlights. But it’s the grille that is the most eye-catching feature on the facia. It gets a cluster of chrome embellished elements arranged in the Celestial ‘outward motion’ design around the centrally placed MG badge.
The side profile actually says more hatchback than SUV. The design, the lines, and the curves do well to hide how large the car actually is. The shape of the glasshouse makes the roofline look far more steeply sloping than it actually is. Contributing more to the hatchback vibes are the wheels that look small in proportion to the car. Those wheels are 17 inches in diameter and are diamond cut, finished in dual tone. There is a black cladding running along the wheelbase from the front to the rear to enhance the SUV’s er, SUV-ness.
The rear is a clean modern design with LED tail lamps. The rear bumper gets fog lamps integrated into it, and also faux diffusers on each side. There are two faux exhaust outlets and a faux rear bash plate as well. So much faux at the rear, this SUV sure qualifies for being a Hollywood diva…Elegant but so much of it is fake.
To sum it up, the Astor is an elegant car. It does fall short of looking like an SUV, as it lacks the visual bulk that some of its competitors have. This comes as a surprise because the Astor is bigger than most of them.

The interiors are draped in an interesting combination of black and red. MG is trying to capture the youth vibe with that choice of colors and there are plenty of other things to suggest that. Firstly, the Astor gets a massive sunroof to spruce the ambiance with more light and air. Secondly, there is a robot mounted on the dashboard that listens to your commands and carries them out for you. Moreover, it turns in the direction of the occupant that’s giving it the command. Some buyers might like the feature, while some may find this sort of thing a bit gimmicky. The center console gets a large 10.1-inch, iPad-style infotainment display that is equipped with Apple Car Play and Android Auto. It also houses the iSmart features and various other connectivity and convenience features that we talk about ahead.

The seats get perforated Sangria Red leather upholstery. They are wide and cushioned to the softer side. All the surfaces you touch have a premium feel to them, be it the door pads or other buttons across the dashboard. The fit and finish are top-notch, perhaps the best among its competitors. My only gripe is with the color shade of the headliner which continues to the pillars. Finished in beige, it looks out of place and makes the rest of the interior look like it were an aftermarket job. A well-executed aftermarket job, but an aftermarket job nonetheless.

The overall levels of space and legroom are good for all occupants. The rear seats are also well bolstered and have a good amount of lumbar and under-thigh support. However, the Astor is best comfortable for four occupants only. A third passenger at the rear would make it a squeeze. Bootspace is rated at 400 litres which can be expanded by tumbling the rear seats.

Overall, the MG Astor’s cabin is well appointed, feels premium and spacious and gets loads of tech for the modern SUV buyer.

It has 2 news apps- Bing and Shortpedia that have a read-out function. Are you stuck in traffic congestion and have to make a presentation at the office? Do you need some clever facts or additional in-depth information for that edge? The Astor has you covered with its  Ask Anything feature powered by Wikipedia. Beat that, Seltos, with your ‘I can tell you the live cricket score’ thing. All this comes under the iSmart features list which also has JioSaavn for Music, ‘Book a Parking Slot feature’ with MapMyIndia and Park+, it can tell you jokes, greet you for festivities, and operate functions like a sunroof, AC, music, navigation, FM, calling with voice commands.

The MG Astor packs a load of safety tech, like ABS with EBD and Brake Assist, Driver and Co-Driver Seat Belt with pre-tensioner & load limiter, Electronic Stability Program (ESP), Heated ORVM, ISOFIX Child Seat Anchor. However, it is the Level 2 ADAS that gives it the edge over its rivals. The Adaptive Cruise Control works like a charm and takes the fatigue out of long drives by detecting vehicles in your lane or other intrusions and adjusting the speed accordingly. The Lane keep assist also does well to keep you in your lane, taking away the hassle of making constant corrections to the steering. And, those inputs are gentle and not jerky that can unnerve the driver. 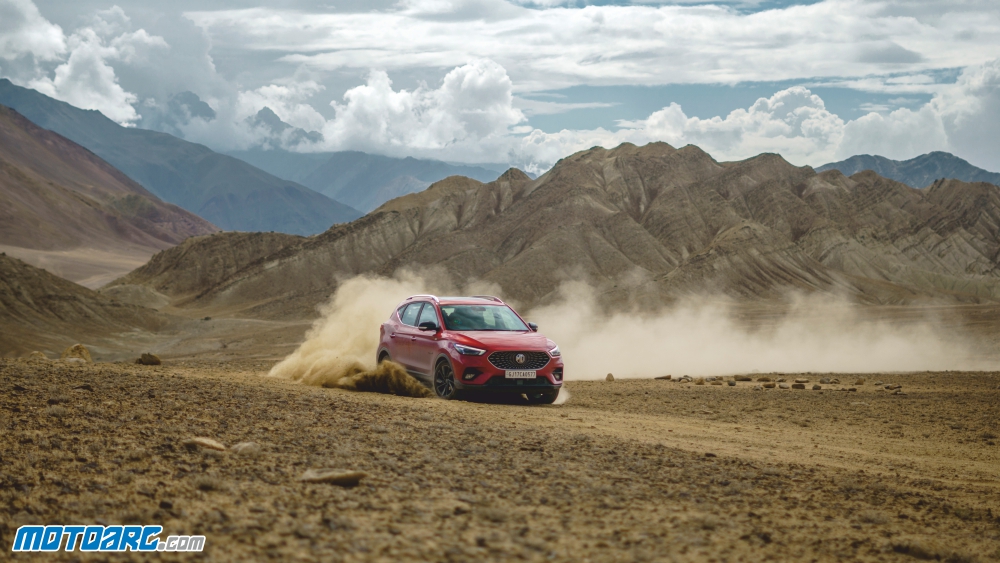 Fire up the 1.3 litre 3 -Cylinder engine and you barely hear it inside the cabin. The Astor gets going from standstill at a brisk but steady pace. The engine puts out 138bhp and 220Nm of torque. It is paired to a 6-Speed torque converter automatic transmission, sending power to the front wheels. The power delivery is astonishingly linear and the transmission does well in keeping the engine in its powerband. Surprisingly, the Astor hits the 100kph mark in 10.5 seconds, but feels a lot slower than that. There is no sudden spike in power or any peakiness in the way the engine puts down power, as is usually with turbo 3-cylinder engines.

The steering gets 3 different modes- Urban, Normal and Dynamic. The Urban mode makes the steering really light and flickable, whiule the Urban mode weighs it up to make the drive feel sporty. But the Astor is far from a sporty car. Which doesn’t go on to mean that the drive is dull, but it wouldn’t qualify as a drivers car by quite some margin. What it is, is a good family car and mile muncher. The cabin is very well insulated from the road with minimal road noise and engine hum entering the cabin. The suspension, with its tune biased to a softer side, soaks up all the bumps and undulations well. This was a blessing on the bad roads of Leh Ladakh. However, the Astor doesn’t feel planted on the road. There is a floatiness in the way the vehicle goes about. While that may feel great in urban settings at low speeds, at high speeds, it doesn’t encourage you to explore the limits of the car.

To summarise, the Astor is a great family SUV with its well behaved road manners and plushy ride, but does fall short on the “Sport” factor of its Sports Utility Vehicle title.

The MG Astor does well to impress you over a lot of factors. It turns heads on the road to qualify as a looker, and keeps its occupants in great comfort. The features list is exhausting which will please a modern SUV buyer, though it won’t blow your socks away with its performance. Look elsewhere if youare a spirited driver, the Seltos does better in that aspect. Starting at a price of Rs. 10.31 lakh, going up to 18.3 lakh for the top spec Savvy AT variant, there’s an Astor for everyone, with 16 variants on sale. 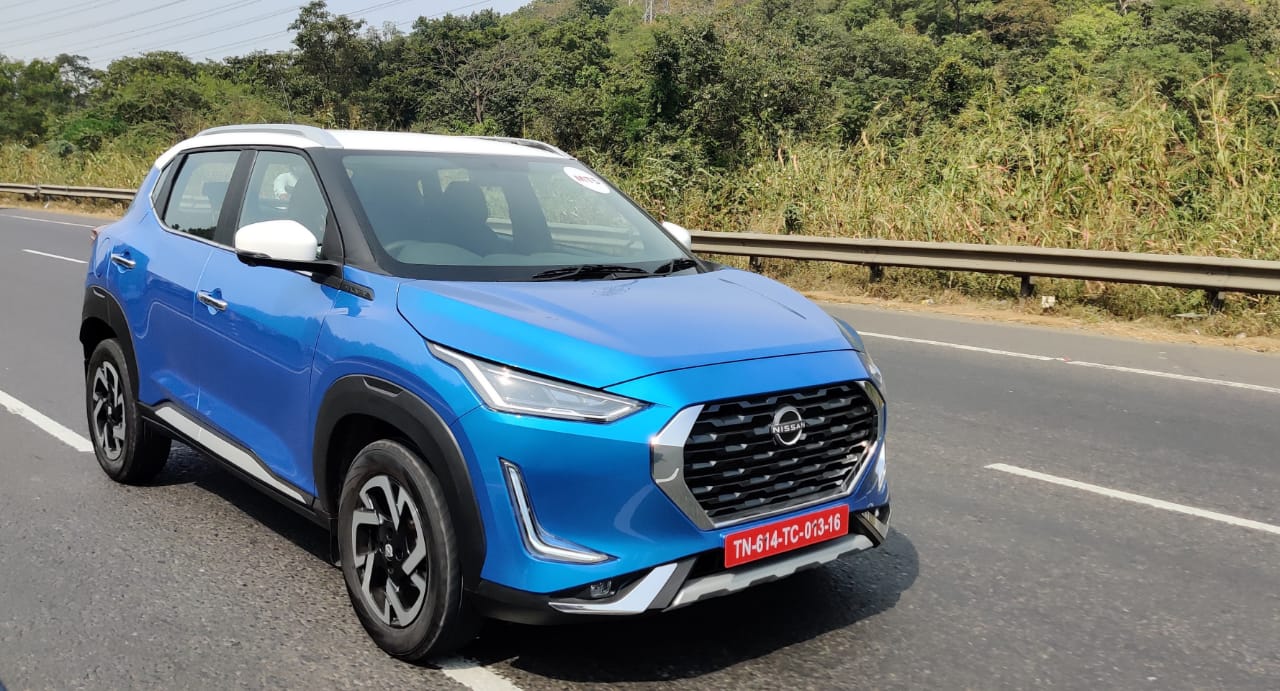