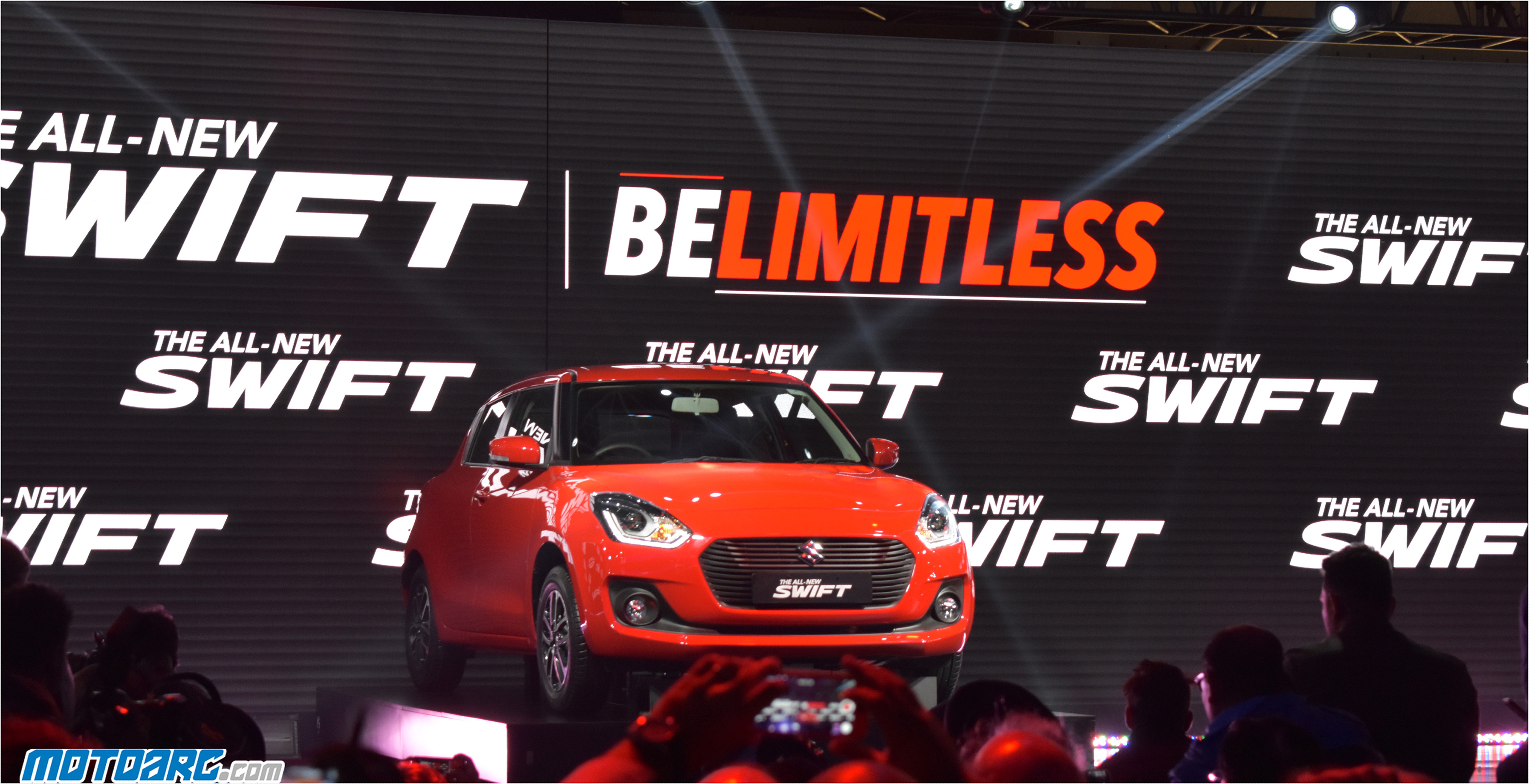 The third generation Maruti Suzuki Swift has been launched in the country at the Auto Expo with prices starting at Rs. 4.99 lakh (ex-showroom price Delhi). The all-new Swift was by far the most awaited hatch-back of the year and now finally we have witnessed it. Swit has always been a craze and an iconic car since its launch in the year 2004 in the country. The latest swanky looking model is about Rs.20,000 more expensive than its ancestor with a lot of new features, performance and improved fuel efficiency figures. The top end variant goes up to Rs. 7.96 lakh which includes all the features. The all-new generation Swift is available in petrol as well as diesel variants and for the very first time, the premium hatchback is also been offered in diesel automatic.

The 2018 Maruti Swift is wider with a longer wheelbase, making it more spacious than the outgoing model. The body is curvier and the lines flow properly with sculpted design language and pronounced shoulder lines. Overall the new Swift has become more aerodynamic than before. The front and rear have been completely rectified. The frontal now has a bug like headlamps and a single frame grille ahead. The front has projector headlamps with LED DRLs on the higher variants. The rear also Honestly, the hatch looks quite appealing and attractive and keeping the older Swift’s image in mind we guys can’t wait to get our hands on it. Adding to the stylish looks of the car the 2018 new generation Swift will run on new precision cut dual-tone alloy wheels. Overall the body language remains quite same and one can easily recognise the 2018 new generation, Swift.

Coming on the inside the interior of the car has also been given a sporty touch with a flat bottom steering wheel. The cockpit design is very much driver-oriented with operational components centred on the driver’s seat. The car comes with SmartPlay infotainment system, with support for Android Auro and Apple Car Play. Auto climate control is available on the higher trims. The rear seat now offers better legroom than the previous generation Swift’s due to its longer wheelbase and wider body. Boot capacity has also increased and now stands at 268 litres.

The number game has remained very much the same as Maruti Suzuki has carried over the tried and tested power mills. The 1.2-litre petrol which makes the same 82 bhp and 115 Nm of peak torque., while the diesel engine remains unchanged as well with 1.3-litre producing 74 bhp and 190 Nm of peak torque. Both the mills are mated to a 5-speed manual gearbox and an automated manual transmission (AMT).

The new Swift is been underpinned by the fifth generation HEARTECT platform, which has been used in the Baleno and Dzire. The frame of the hatch is now strong and rigid which helps in enhancing the safety of the car keeping it light at the same time. On the safety front, the new Swift gets dual airbags, ABS with EBD and ISOFIX as standard in all the variants. The 2018 Maruti Swift could be booked at authorised dealerships for a token amount of Rs. 11,000.

Menza Lucat Commences Pre-Booking In An Exclusive Partnership With Paytm Mall. The price of the motorcycle is Rs. 2,79,999 ex-showroom 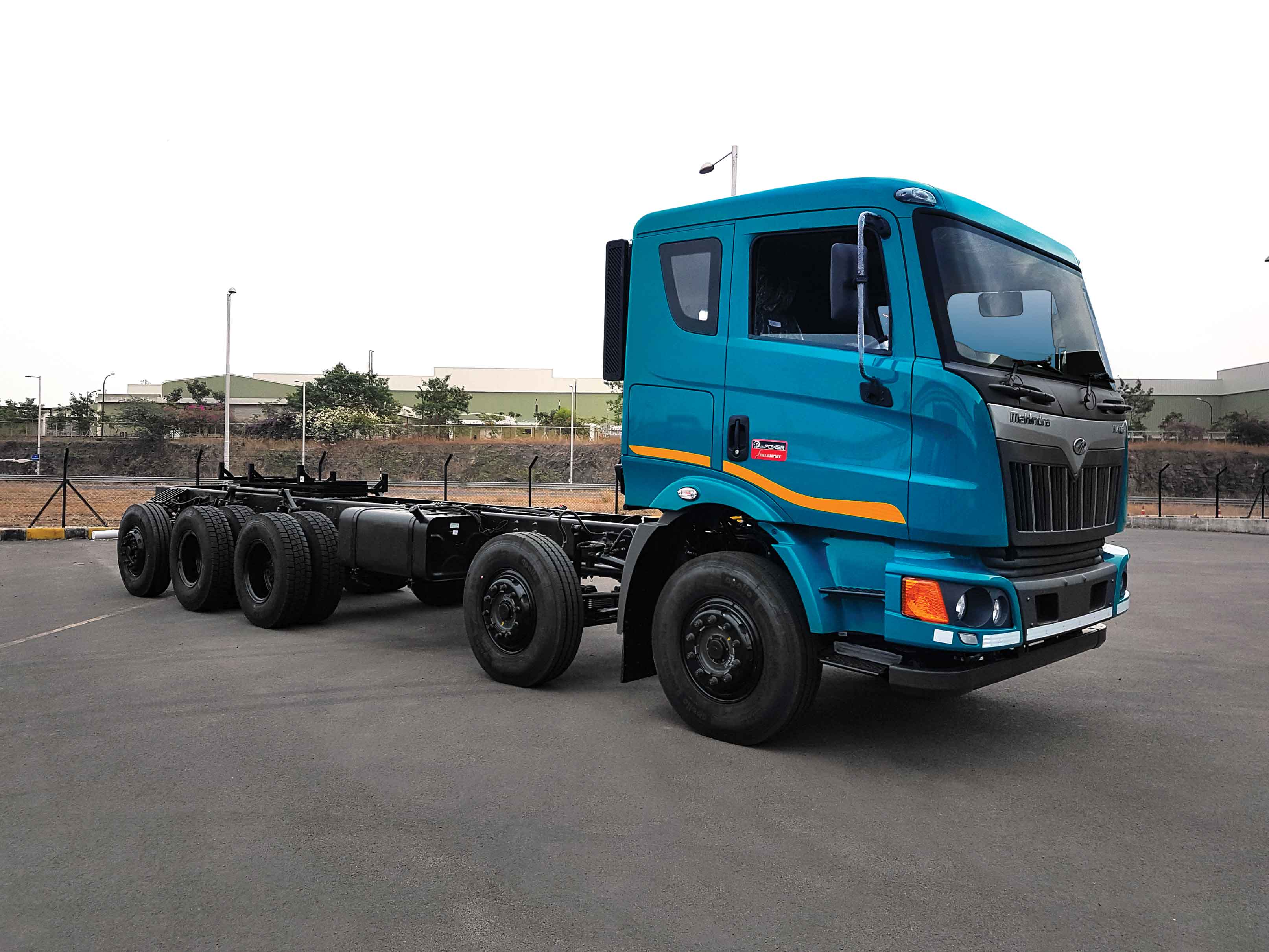