Repsol Honda Team gears up for Round 10 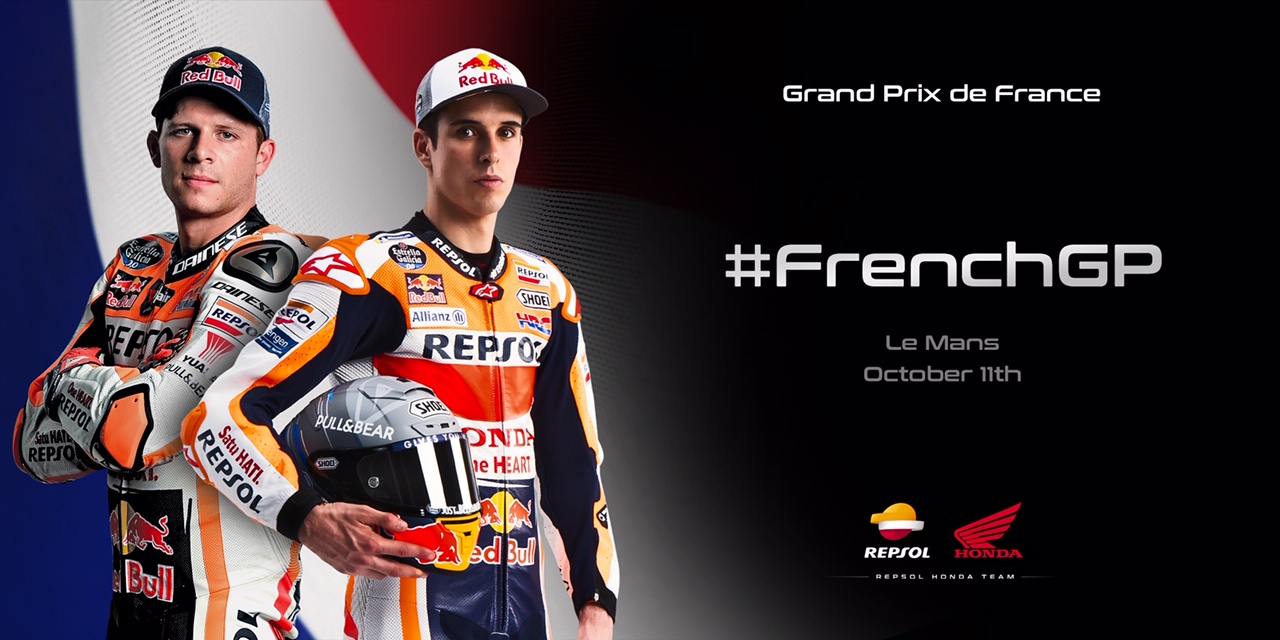 A week of rest followed by a test in Portimao and the penultimate triple-header of the year begins the closing stages of the 2020 MotoGP season for a determined Repsol Honda Team.

With an informative weekend in Barcelona and a brief chance to rest after another intense three weeks of racing, the Repsol Honda Team now begin another focused push for the penultimate triple-header of the unique 2020 MotoGP World Championship. A week in Le Mans, France will be followed by two races in Aragon, Spain. Weather at the French circuit could produce some of the most difficult conditions of the season so far. Last year Marc Marquez raced to victory at the historic French track, claiming Honda’s 300th premier class win as a result.

In 2019, the 4.2-kilometers long Le Mans circuit saw Alex Marquez take the first of his five wins on his way to the Moto2 World Championship title. The aim of the weekend is to capture the form the MotoGP rookie showed in Misano and at the start of the Barcelona weekend, challenging for a spot in Q2 and battling for the top ten in the race. Alex has traditionally gone well in the wet but is yet to have much time on the Repsol Honda RC213V in the rain. Alex will head to Portimao for a single day to familiarize himself with the new circuit on a road bike.

Stefan Bradl arrives in France from a two-day test in Portimao in preparation for the season-closing round, a demanding schedule for the HRC Test Rider. Traditionally Bradl has achieved consistent results in France, never finishing a premier class race outside of the top ten in Le Mans. Like many riders, Bradl is waiting to see what the weather will do.

This weekend the MotoGP race is scheduled to start at 13:00 Local Time as opposed to the usual 14:00 Local Time.

Speaking about the race Alex Marquez says “Last year the bike worked very well here in Le Mans and also in Aragon, so I am looking forward to riding there. We will have to look at the weather forecast because right now it does not look so nice, quite cold and wet but these things can change. Whatever the conditions, I arrive really motivated for the second half of the season and to push hard to show the potential we had before the race in Barcelona. In the last week I have been training hard with determination to keep improving.”

Stefan Bradl adds “We start another intense period with three races in a row, as well as a test. As always, we will approach each race looking to help HRC as much as possible while pushing for the best result. Le Mans has the potential to be very interesting with the weather, so we need to see what happens with the rain and what the track temperature is like before we can make any firm plans for the weekend. Hopefully we can have a good weekend and make another step.”

MG to launch Gloster on October 8