Mumbai: On the back of breaking monthly and quarterly sales records, ŠKODA AUTO India added yet another record to its cabinet when OCTAVIA number 101,111 was delivered to its customer. Along the way, the ŠKODA OCTAVIA has also hit the record of being the largest selling car in India via the Parts and Components (CKD) route. Moreover, the ŠKODA OCTAVIA now holds the distinction of being among the top longest-running nameplates in continuous sale currently in India.

Commenting on the landmark achieved by the ŠKODA OCTAVIA, Mr. Zac Hollis, Brand Director, ŠKODA AUTO India said, “The OCTAVIA is synonymous with ŠKODA AUTO since our entry into India. It introduced Indian consumers to a value luxury package of design, technology, comfort, versatility and driving dynamics and created its own segment when launched in 2001. It has since become the largest selling CKD of all time in India, recently crossing the 1 lakh sales mark. A big thank you to our family of fans and customers whose continued love and support to the OCTAVIA for over two decades has made this accomplishment possible.”

In an era where change is the only constant, four generations of the OCTAVIA have met, tackled, survived and succeeded in the face of constantly evolving challenges, market conditions, economic fluctuations and customer preferences. From a time when India was just about witnessing an influx of the latest cars from around the world, to a time where aspirations have moved from a hatchback to a sedan to an SUV, the OCTAVIA has stood its ground with its timeless design, quality, ability to engage the driver and its passengers and is a successful car in the C-segment in India.

The OCTAVIA name has Latin origins denoting the number 8. As it was the 8th all new model in ŠKODA’s post-war line-up and also the 8th car in ŠKODA’s modern generation of cars with independent all-wheel suspension. More importantly, in music, an octave is a perfect interval, a perfect cyclical rhythm of 8 beats and is the simplest rhythm to follow, in which nearly all music in all styles and forms is composed. And true to its name, the OCTAVIA has always been about balance, consistency, versatility and simplicity. The first time the OCTAVIA name was used was in 1959 with the OCTAVIA COMBI following in 1961. The model was in production till 1971, before being resurrected in 1996 under the VW Group. This was referred to as the OCTAVIA (OG) unofficially and the OCTAVIA (A4) by the company.

To quote Dirk van Braeckel, designer of the first-generation OCTAVIA, “When we ran our first customer tests, the unbelievable results that came back to us strongly suggested that we were really onto something. And it transpired that indeed we were. The OCTAVIA came along with this look that embodied tradition, quality and sporting ambition, and combined that with remarkable spaciousness, all at a very reasonable price. On top of that, the timeless design and the philosophy of evolution rather than revolution have been highly instrumental in lifting the OCTAVIA to its current heights.”

This first-gen OCTAVIA introduced internationally in 1996 brought in a number of technological features to ŠKODA production cars. Technology like front side airbags, power steering on all versions and turbocharged engines.

The OCTAVIA A4 came to India in 2001 followed by the vRS in 2004, which was the first ŠKODA to wear the iconic, performance-oriented badge in a production car. The vRS made its international debut in 2000. The year 2004 in India also saw the introduction of the COMBI in TDI, TSI and vRS forms. In fact, the vRS was the first ever turbo-charged petrol engine passenger car in India. The year 2005 saw the new generation of the OCTAVIA re-badged as the LAURA (A5), with the original OCTAVIA, with relevant updates, still catering to healthy demand till 2010. The A7 OCTAVIA came about in 2013 and got a vRS version with the vRS 230 in 2017 and the vRS 245 in 2020, which remains one of the fastest road-production ŠKODAs. The A8, the current OCTAVIA, drove in in 2021 and remains the sole product in its category today. Globally, over 7.5 million OCTAVIAs in all body styles, engines and iterations have been sold to date.

The OCTAVIA was also the first nameplate in the country to have a distinct, high performance version that was not a mere cosmetic job with the vRS. The vRS today has its own organic clubs and fan following in India.

Besides opening up the Indian market to its first premium sedan experience in that price range, the OCTAVIA presented a unique notchback design. This debuted the elegance and proportions of a classic sedan, but with the ability to lift the entire rear with the boot and glass section together. This Simply Clever engineering solution lent the OCTAVIA hatchback-levels of versatility and estate-levels of practicality with a 528-litre boot that could extend to 1,328 litres with the huge opening door offering an incredible loading area. The current OCTAVIA boasts 600 litres of bootspace with the ability to extend it to 1,555 litres maintaining consistency with the ethos of the OCTAVIA name. 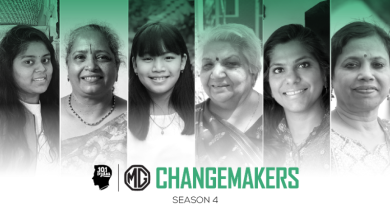 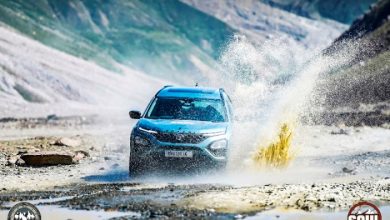 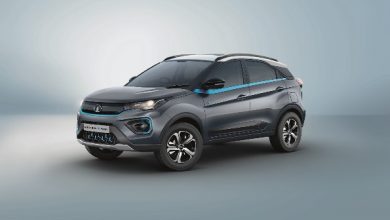 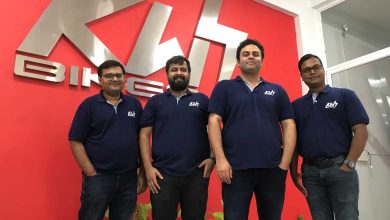