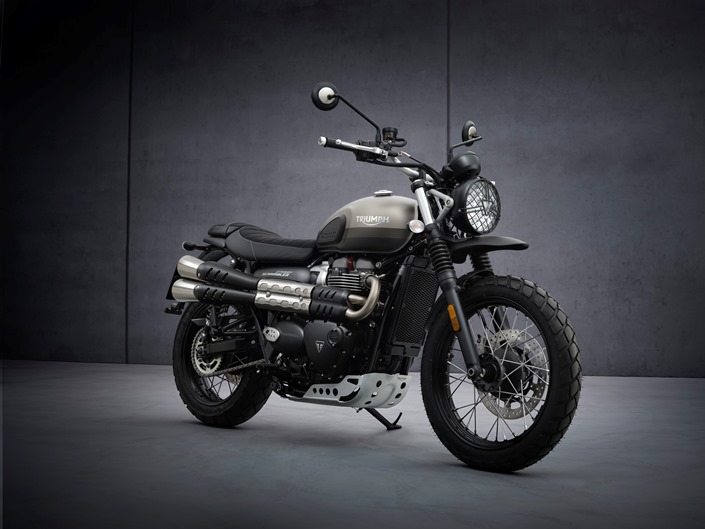 Speaking on the launch, Mr. Shoeb Farooq, Business Head – Triumph Motorcycles India said: “We’ve glad to bring the Steve McQueen and Sandstorm edition Scramblers to India. These motorcycles have a legacy – especially the Steve McQueen edition. Given that it is based on the all-new Scrambler 1200 XE, further adds to the appeal of the motorcycles, as these will be the only XE variants to come to Indian shores this year”.

Celebrating the ‘King of Cool’, the most famous movie star of all times, the new Scrambler 1200 Steve McQueen edition is equipped with all the new-generation 2021 Scrambler 1200 XE’s category-dominating specification and also gets the following –

First launched in 2018, the Triumph Scrambler 1200 has rapidly become a modern Triumph icon, setting a new benchmark in its category thanks to its class-leading riding capabilities both on-road and off-road, its state-of-the-art technology, outstanding specifications and extensive customisation options.

Born from an unparalleled Triumph Scrambler bloodline, including the world’s first production scramblers, raced for fun and glory by legendary racers such as Bud Ekins and Steve McQueen, the new generation has featured in multiple extreme off-road competitions, including the Mexican 1000 and the Spanish Bassella race, repeatedly demonstrating their class leading capability.

Celebrating the most famous movie star, stunt and motorcycle in history, the new Scrambler 1200 Steve McQueen Edition brings all the new-generation 2021 Scrambler 1200 XE’s category-dominating specification, go-anywhere adventure-bike capability and state-of-the-art technology, and adds its own premium Steve McQueen paint scheme and extensive list of beautiful unique details. Fully equipped with a selection of premium Scrambler accessories,
fitted as standard, the McQueen Edition is now officially the highest specification Scrambler 1200 ever.

The Scrambler 1200 is powered by the latest evolution of Triumph’s characterful 1200cc high-power British twin. New for 2021, the engine update delivers lower emissions, exceeding Euro 5 requirements. With a low inertia crank and a high compression cylinder head, plus a dedicated Scrambler tune, specifically developed to give the perfect balance of power and torque delivery for both road and off-road riding, the result is incredible torque from low down right through the rev range.

Peak torque hits 110Nm at just 4,500rpm, while peak power of 90PS arrives at 7,250 rpm. The distinctive Scrambler sound, produced by the 1200cc 8-valve parallel twin engine, is delivered by the twin high level exhaust system which has also been updated for Euro 5 compliance, with the added benefit of improved heat distribution.

Inspired by a genuine motorcycle legend
Inspired by the original competition-spec Triumph TR6, made famous by the legendary barbed wire jump in the iconic 1963 Second World War classic “The Great Escape”, the Scrambler 1200 Steve McQueen Edition has been developed in partnership with the McQueen family. Chosen to ride in the film by McQueen, over of a period-correct German military motorcycle, the Triumph TR6 used in the jump was created by a British Triumph dealer and ISDT Gold Medal racer Ken Heanes, with an ISDT suspension set-up designed for robust stunt work.

Unique limited edition
With just 1,000 Scrambler 1200 Steve McQueen Edition models available worldwide, each bike is individually numbered on the beautiful billet-machined handlebar clamp, which also features a laser etched Steve McQueen signature. For even greater exclusivity, each bike comes with a unique certificate of authenticity stating the bike’s VIN number, and carrying the signatures of Triumph’s CEO, Nick Bloor, and also Chad McQueen, son of the legend himself, Steve McQueen.

In addition to the standard 1200 XE’s class leading specification, the Steve McQueen Edition comes fitted with engine protection dresser bars, which add another layer of ruggedness. Fabricated from stainless steel tubing, these have an electro-polished finish and offer additional protection to the clutch and alternator covers.

Aside from movie stardom, Steve McQueen was also renowned for his Triumph Scrambler desert racing, which makes the Scrambler 1200 XE the perfect base for the exclusive edition, thanks to its class-defining capability both on and off-road. The new McQueen Edition shares all of the acclaimed XE specification and performance, including the 2021 engine and exhaust system updates, making the limited edition fully Euro 5 compliant. Being a genuine cross-over motorcycle, it has all the capability of a full-on adventure bike with the iconic style inherited from its legendary Scrambler lineage.

The new Scrambler 1200 Steve McQueen edition is also pre-enabled for the accessory My Triumph connectivity system. This allows the rider to access phone calls, operate music, use turn-by-turn navigation and manage a Go-Pro through the intuitive handlebar controls and TFT interface.

The unique 2021 Street Scrambler Sandstorm limited edition celebrates the timeless bloodline of the Triumph Scrambler desert rides from El Mirage to the Mojave, to Barstow and the legendary Baja Peninsula. It takes the latest generation 2021 Street Scrambler and adds a distinct and contemporary Sandstorm Edition paint scheme and even more rugged styling and Scrambler detailing, with a host of premium accessories fitted as standard.

Launched in 2017, the Street Scrambler’s incredible bloodline has an unparalleled history that began in the early 1960’s. The original Bonneville was credited with being a race winner straight out of the crate, and the bike of choice for dirt and desert racers to strip and modify, giving rise to the first dedicated scrambler factory specials including the Bonneville T-120TT. Stripped back, lighter and more powerful, this was the bike that ignited the Scrambler scene.

Reintroduced to the Triumph line up in 2006, the Scrambler very quickly became the genesis of a whole new sub-category. In 2017, the Street Scrambler added a unique contemporary style, conquering the hearts of many riders, journalists and bloggers thanks to its fun and accessible urban scrambler character.

The new Street Scrambler 900 Sandstorm is powered by the 900cc high-torque Bonneville twin cylinder engine, now updated to be fully compliant with the latest Euro 5 regulations. The liquid-cooled powerplant retains all of its 65PS peak power, distinctive Scrambler character and incredible responsiveness and now delivers lower emissions, exceeding Euro 5 requirements, and with superb fuel efficiency. It also delivers incredible torque from low down, right through the rev range for strong responsiveness and acceleration, with 80Nm peak torque at a low 3,250rpm. The unmistakeable sound of the iconic British twin comes courtesy of the Street Scrambler’s signature high-level twin exhaust system with brushed stainless-steel silencers, giving a unique exhaust note that matches its distinctive character.

The custom Sandstorm paint scheme incorporates Matt Storm Grey and Ironstone accents on the tank in a unique new tri-tone style, plus a Matt Storm Grey factory-fitted high-level front mudguard. Adding to the contemporary urban scrambler style, the Sandstorm limited edition features the premium Triumph accessory tail tidy as standard, incorporating a compact LED tail light and number plate light (market restrictions may apply), plus a heavy-duty aluminium sump guard, a stylish headlight grille with subtle Triumph branding and protective rubber knee pads on the tank. All of these are factory-fitted accessories that come as standard only on the Sandstorm limited edition.

Only 775 of the Street Scrambler Sandstorm limited edition will be produced worldwide and, adding even more exclusivity, each will come with a unique personalised certificate of authenticity stating the bike’s VIN number.

The Sandstorm edition of course also benefits from the same upgrades and enhancements that have been introduced on the standard Street Scrambler for 2021, including the Euro 5 update to the thrilling torque-rich Bonneville engine, and the new premium custom styling details. 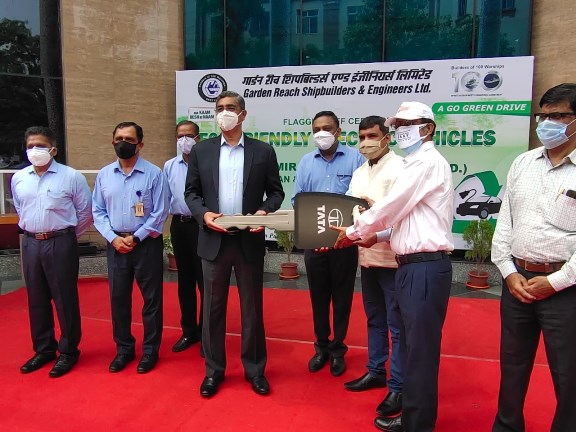