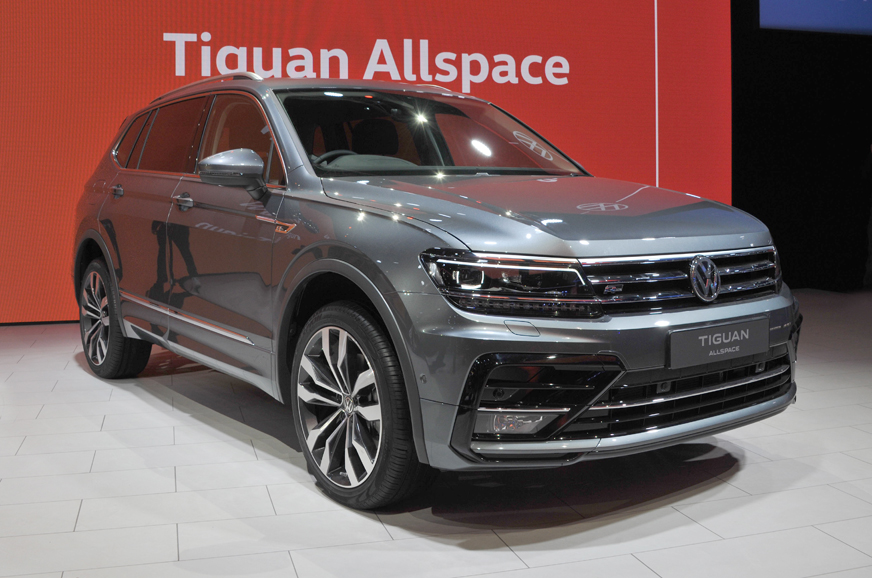 During the initial days, the Tiguan AllSpace will be brought to India through CBU channel, however based on the demand, the company may consider manufacturing the SUV locally. Towards the inside, the Tiago AllSpace features a large touchscreen infotainment system, reverse parking camera, 3-zone Climatronic automatic AC, Vienna leather upholstery, etc.

The illumination is taken care by all-LED setup which comprises of LED headlamp, LED DRL. The SUV looks rugged and sports body cladding. It runs on a 10-spoke alloy wheels and features integrated roof rails, and Panoramic Sunroof with tilt/slide function.

The all-new Tiguan AllSpace measures dimensions of 4,701mm in length, 1,839mm in width, 1,674mm in height and has a wheelbase of 2,787mm. It comes with a boot-space of 230 litres which can be increased to 700 litres. Its safety features include 7 airbags with knee airbags,  Anti-lock braking System (ABS) and Electronic Stability Control (ESC),  Hill-Hold, Front & Rear Parking Sensors, TPMS, etc.

Powering the all-new Tiguan AllSpace will be Volkswagen’s 2-litre TSI petrol engine that could produce 187 bhp of power. The engine is likely to be mated with a 7-speed dual-clutch automatic transmission along with 4MOTION all-wheel-drive system.

The Tiguan AllSpace may be offered at an estimated ex-showroom price of Rs. 30 lakh and would compete against premium SUVs likes of Honda CR-V, Mahindra Alturas G4, Skoda Kodiaq, etc.