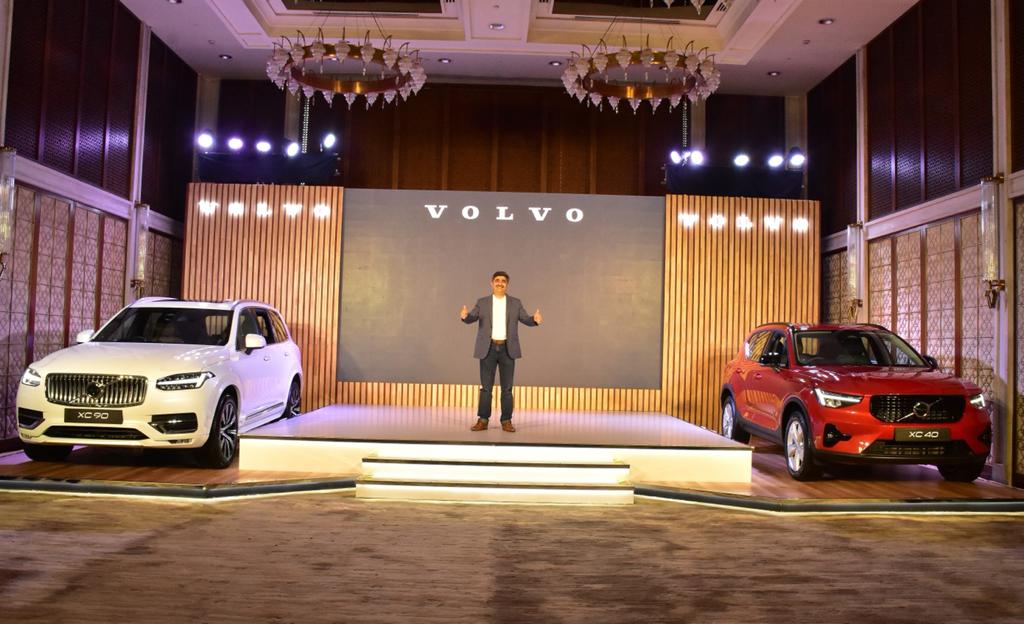 The Swedish automaker aims to be more sustainable, as also to have a completely electric-powered lineup by 2030

Volvo Auto India has launched the facelifted XC40 compact crossover SUV in India, priced at Rs. 45.9 lakh(ex-showroom). However for the festive season, Volvo India has given the CSUV a limited time special price of Rs. 43.20 lakh. The facelift brings with it minor cosmetic changes to keep the styling fresh and more importantly, a mild-hybrid powertrain. With the XC40, the entire Volvo India portfolio gets the mild-hybrid system paired to its powertrain for improved efficiency. That includes the S90 luxury sedan, the mid-size luxury SUV XC60 and the flagship Volvo XC90.

The facelifted XC40 gets a refresh for the front facia with restyled headlights. They still have the Hammer style LED DRLs integrated in them, and illuminated by LED projectors. Earlier, the XC40 got a sportier R-Design exterior package that gave it dual-tone exterior paint, R-Design 18-inch alloy wheels in dual tone machined finish and balck accents. However, the facelifted model doesn’t get those features. Instead, it gets 5-spoke alloy wheels. The front bumper also get a minor tweak with a different foglamp housing design. Additionally, it gets two new exterior colors- Fjord Blue and Sage Green.

The Volvo XC40 facelift is powered by 2.0 litre turbo-petrol engine making 197BHP and 300Nm of torque. This engine is paired to a 48-volt mild hybrid system. While the entire line-up gets a similar powertrain setup, the power outputs will vary model to model. In the XC40, the engine is powered to an 8-Speed torque converter automatic transmission. It powers the front wheels only and there is no AWD system on offer.

The interior of the XC40 remains largely unchanged. Apart from a wood insert trim on the dashboard, the cabin remains identical to the model sold before. It however gets additional features like a new 2.5PM air purifier, wired Apple Car Play, Lane Keep Assist, Adaptive Cruise Control, Blind Spot Monitoring, Rear Cross Traffic Alert, Front and Rear Collision mitigation system and the lot. The infotainment gets an Android system update to bring in the new software. This enables seamless Google Maps integration into the infotainment screen,  Google voice-controlled assistant, Google Playstore for more apps.

The Flagship of Volvo India’s lineup, the XC90 luxury full size SUV also got the mild hybrid system for its 2023 update. Paired to the same 2.0-litre turbo petrol engine, it develops 300bhp of power and 420NM of torque. The XC90 also gets the Google based updates to its infotainment system. Apart from that, the Exterior paint palette gets additional three colors- Bright Dusk, Denim Blue and Platinum Grey. Prices for the XC90 start at Rs. 94.50 lakh, up by Rs. 1 lakh over the previous model.