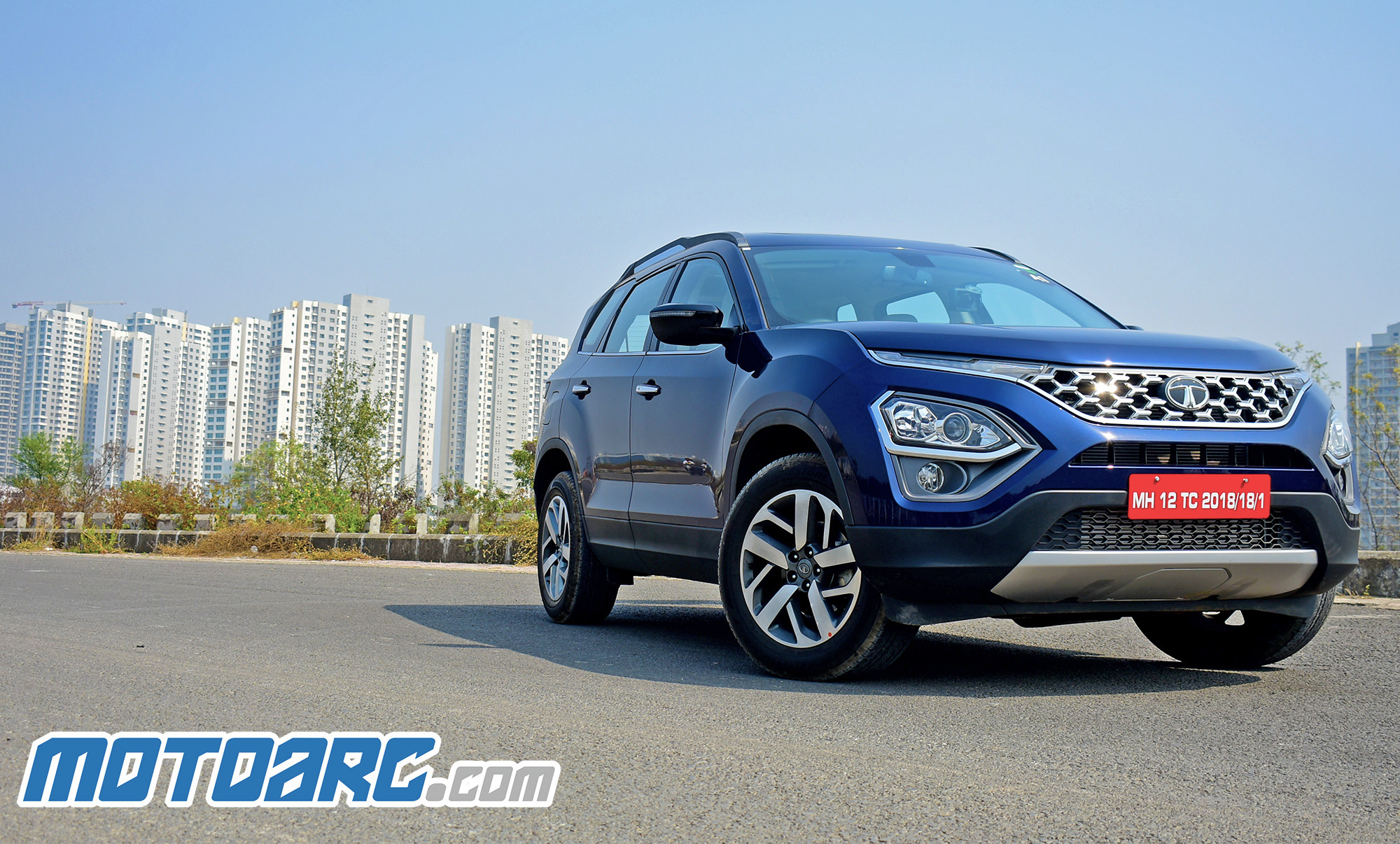 I was probably 3. I hear the whining sound of a 2-liter inter-cooled diesel engine, coming close by every moment. It’s from the neighboring society. I rushed to the balcony and try to peer down while barely reaching the top of the railing. Hastily, I step on a stone that’s kept to prevent the balcony door from swinging in the wind. And there, the big, green mammoth beast of an SUV, The Tata Safari passes by, whining and wallowing along majestically on the bumpy road. The Safari is a special badge to me. It is where my love for cars or automobiles on the whole started. So the return of that badge is a special moment for me.

The 2021 Safari is based on the Harrier, which is apparent from the front facia. They’re nearly identical twins, save for the grille. The new Safari gets the tri-arrow design grille with chrome highlights. It gets beautifully contrasted by a matte, stone grey surround. The side profile reveals a longer silhouette than the Harrier. The Safari is 63mm longer than the Harrier, though the wheelbase is identical for both the SUVs.

The width remains identical to the Harrier. Interestingly, the height of the new car is lesser than its predecessor, so is its length. It gets big 18-inch alloy wheels, shod by Bridgestone 235/60 R18 tires. As on the front end, the Safari is similar to the Harrier up to the C-pillar. Pass that and the difference between the two becomes clear. The rear quarter glass has been restyled, asAnd now, ATTENTION, those who seemed mad on Instagram about the new Safari not being reminiscent of the old one. The roof rail gets a stepped-up look towards its rear end, thus imitating the stepped-roof design of the older models. So does the upper edge of the rear quarter glass. The tailgate is set upright to free up headroom in the third row of the seats. The tail lamps, which are LED units, also get a sharp new design. And there, at the center of the tailgate sits the Safari badge in large chrome lettering. The rear bumper gets a faux bash plate to make it look rugged to suit the Safari’s adventurous character. There are just three exterior colors available for the Safari though: Royale Blue, Orcus White, and Daytona Grey. We would love to see more shades in the pallet for the Safari.  On the whole, the new design for the Safari is imposing, providing it with a lot of street presence and second glances while out on the prowl.

Tata has experimented with colors for the interior by using Oyster white seat upholstery. That is paired with Ashwood grey wooden garnish on the dashboard. The dashboard layout is minimalistic and neat, which is pleasing to the eyes. However, it does awaken concerns in my mind regarding the choice of white seat upholstery, considering that long term maintenance is going to need extra efforts. The driver’s seat gets 6-way electronically powered adjustment, along with adjustable lumbar support. We wish the same was available for the co-passenger seat as well. The 8.8-inch floating touchscreen, though relatively small by today’s standards, gets a matte finish. The display itself is bright, and readability isn’t a problem on sunny days. It gets a sweet 9-speaker JBL system that is acoustically pleasing, like the rest of the Tata Motors range of vehicles. The instrument cluster retains analog speedo and tach, nut gets a 7′ color TFT display, showing a variety of vehicle data. The steering gets mounted audio controls and the cruise control buttons. The steering itself is chunky and has a good grip.
Moving to the rear, the bench seat is set a touch higher than the front seats which provide a good visibility to the second-row passengers. The Safari was known for its unparalleled middle row comfort and that trait is carried forward in the new generation as well. The seats are well-bolstered and provide good under-thigh support. Recline seats provide additional adjustability and comfort. Also new on the Safari, albeit for the top-spec XZ+ variant, is the option for the captain seats in the middle row. This option frees up more legroom and makes the Safari look roomier. The seat comfort is excellent, though people with larger frames might tend to find the seat a bit snug. The safari also gets a Boss Mode, which lets the rear passenger adjust the front co-passenger seat. The AC controls are placed at the center. And while we almost missed spotting it, so is the USB charging port. Tata has also taken care of the biggest need of the segment, A big sunroof. When I say big, it’s the biggest sunroof in the Safari’s segment. In fact, Tata is so proud (rightly) of the massive sunroof that it calls it the Majestic Skydome.Now, it’s the third row that’s the main highlight of the Safari. Access to the third for the bench seat is via a one-touch tumble function. While on the 6-seat variant, the access is through the space between the captain seats. Surprisingly, unlike most 3-row SUVs, the New Safari has third-row seats that can actually be used by adults. There is a decent amount of legroom available, though there is some lack of thigh support. The beck rest is also set at an angle such that you don’t sit upright. Third-row occupants also get 2 USB charging ports and a separate AC Blower control. To summarise, the third row isn’t what you call a compromise seat and can be used by adults over long journeys.Now, all that space in the third row does eat up into the boot space. With the third to up, there is a meager 73 liter available for your grocery. With the third row folded, space stands at 447 liters, and with the 2nd row folded down, it increases to 910 litres. Overall, the Safari has a luxurious and roomy cabin, taking care of the luxury of all its occupants alike.

The Safari gets the same 2-liter Kryotec Turbocharged diesel engine as the Harrier, putting out the same figures of 170PS (167 HP) and 350 NM. The engine has a strong low-end grunt with a punchy mid-range. That engine is paired either to a 6-speed Manual transmission or a 6-speed torque converter automatic unit. The clutch on the manual variant is well-weighted but is marginally on the heavier side. Slotting through the gears also takes slight effort, especially from 1st to 2nd.

Your transmission of choice though should be the 6 speed automatic. The transmission is calibrated to provide seamless gearshifts. The gearbox does well to keep you within the powerband of the rev range. You also get the tip-tronic manual control over the gearbox, should you want to.

The Safari is underpinned by Tata’s OmegArc monocoque chassis, which is a tweaked version of Land Rover’s D8 platform. Put in simple words, it is the same platform underpinning the Land Rover Discovery Sport. Being a monocoque. the Safari gets a stable ride quality and is sure-footed at lower as well as higher speeds. High-speed stability is commendable and there isn’t much that can unsettle the Safari. Bad roads, potholes are a piece of cake, and only a small amount of judder gets translated to the cabin. Body roll is well controlled. The steering has a slight vagueness at the center, but sharp to respond to even the slightest inputs. The Safari is very well behaved around the corners and stays surprisingly poised mid-corner. The cabin is well insulated from wind noise and road noise. It is only when you push the engine really hard, that a slight diesel groan can be heard in the cabin. Fuel efficiency in the manual transmission stood at 13kmpl overall, though at some point, we could stretch that number to an astonishing 15kmpl. The automatic variant stood in the range of 9.6kmpl to 12kmpl. 0-100 KMph can be achieved in an estimated 11.2 seconds for the MT Safari.

We even took the SUV for a small stint of offroad trail. On trails, the Safari comes into its own as the speed builds up. There are 3 modes, Wet Road, Rough Road, and Normal mode which alter the engine characteristics to aid in different terrains. And as you all must have known by now, the Safari doesn’t get a 4X4 system. Rather, the power goes to the front wheels. Now, that’s hardly a concern for most of the owners that will buy the Safari. However, Tata says that the Safari will get an AWD or 4WD variant in the future, depending on how many people ask for it. So, if you are one of those who want an AWD/4WD Safari, make your demand heard at a local dealership. AND BUY ONE IF THEY MAKE IT, FOR GOD’S SAKE. Ahem..pardon.

Overall, initial driving impressions have us impressed by the refinement levels and road-manners of the new Safari.

The All-New 2021 Tata Safari ticks all the boxes required by a modern SUV buyer. It looks stunning and imposing, rides extremely well, has all the features you could ask for, and is very involving to drive. It doesn’t have to live in the shadow of the previous models as the markets have evolved to a very different place than what they were at the badge’s inception. 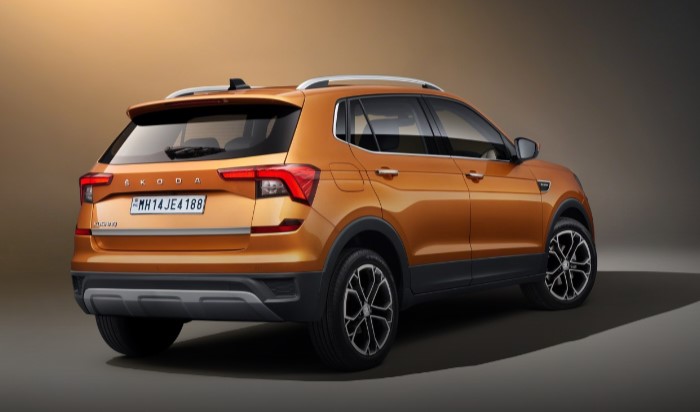