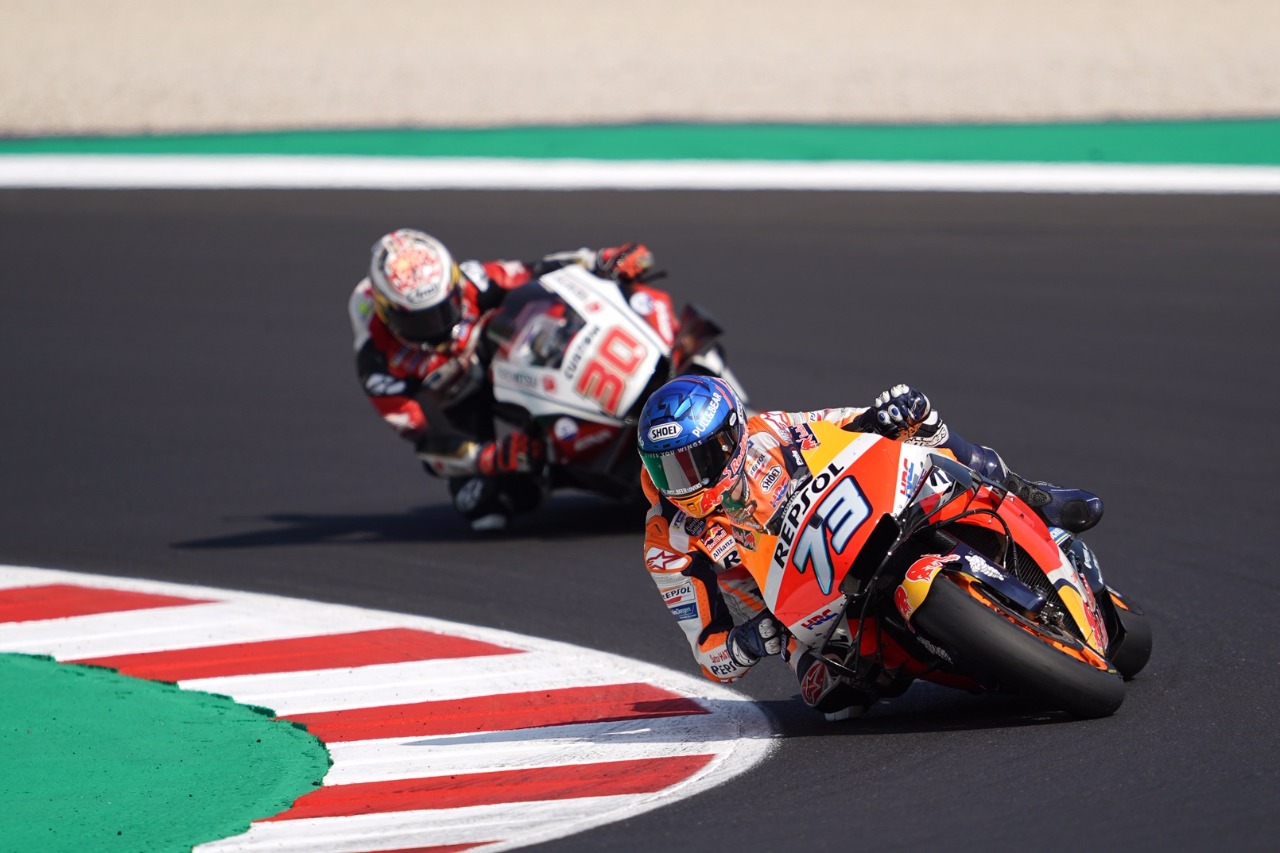 Consistent hard work from Alex Marquez and the Repsol Honda Team was rewarded today as the rookie returned to the top ten and achieved his best MotoGP result to date.

The morning of race day started in ideal fashion for Alex Marquez and the Repsol Honda Team as the MotoGP rookie topped Warm Up. A 1’32.402 was three tenths faster than Nakagami’s session-topping time from Warm Up one week ago and an impressive seventh tenths faster than Alex’s own previous Warm Up time. Leading his first session in the premier class provided a boost in confidence and confirmation of Alex’s strong pace ahead of the 27-lap Emilia Romagna Grand Prix.

This speed and confidence were clear to see when the lights went out, Alex steadily working through the pack from 17th on the grid. Within just a handful of laps the young Spanish rider found himself inside the top ten as those around him faltered and made mistakes. Producing steady and consistent times, Alex edged his away forward and held off the experienced Andrea Dovizioso. From his first flying lap of the race to the finish, Alex’s pace only moved from the low 1’32s to mid 1’33s on three occasions with a best lap of 1’32.865 on lap 19.

Alex and Takaaki Nakagami spent the final laps fighting for sixth place and top Honda honours. Crossing the line in seventh and 11.929 seconds back on winner Viñales, Alex rounds out a strong weekend with his best premier class result to date. Alex also closes the gap to Brad Binder in the Rookie of the Year contest.

“Last Sunday, and especially after the test, we managed to make some improvements. We were able to carry these improvements into this weekend and all weekend I have felt very strong. Throughout the weekend we had constant steps. In the race I started well and was aggressive early, which I am happy with. In the first laps I felt good and I was able to keep Dovi behind me for the race. Three laps from the end I had a big moment which allowed Nakagami to get through. Even with this I am pleased as I think we certainly had the pace for the top ten. I want to say thanks to the Repsol Honda Team for their hard work, we are coming stronger and now I am looking forward to Catalunya,” Alex Marquez (7th) said.

Post COVID-19, Personal Mobility will be preferred over Public Transport