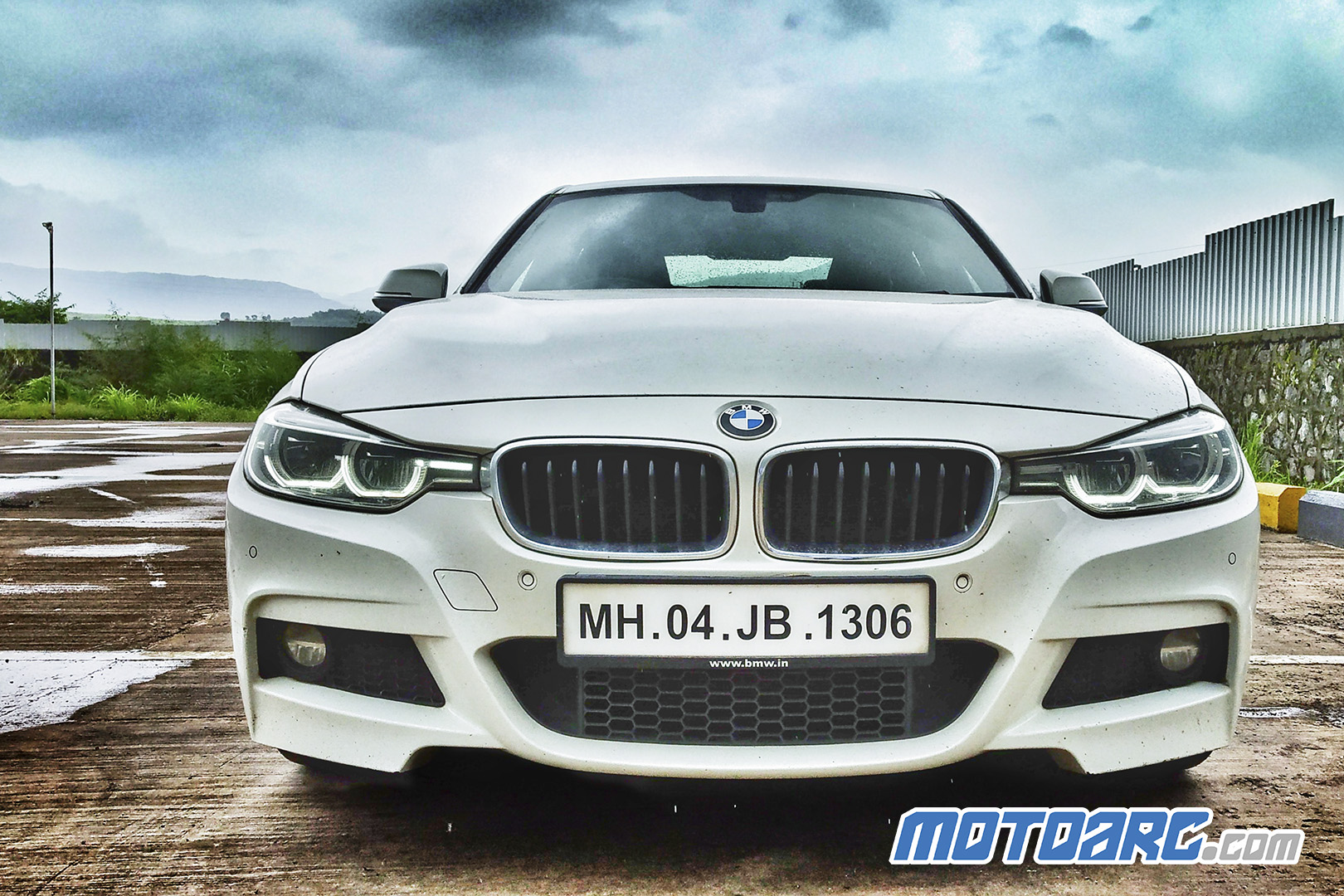 The BMW 330i M-Sport is sort of the midway to the M3 badge, but a bit far away yet with a 4 cylinder engine than an inline 6 it formerly had.

BMW 330i M-Sport is what you buy if the 320d or 320i is way too plain -jane and if the M3 is, let’s say out of reach. And it made sense earlier because you got a BMW freaking screaming inline 6 with it! And then emission norms and downsizing caught up and now it has a 2 liter 4 pot with a turbo. Meh… Or, not meh? The BMW 330i gets very, very close in terms of looks to the M3. Its low, super sleek and has a couple of M badges slapped over body panels. The front and the rear bumpers are sportier sculptures now. The wheels are 18 inchers with low profile tires which further adds to the low stance.
So the BMW 330i M-Sport looks er…sporty but not so much. It takes a keen eye and good observant eye to know that this isn’t your average 3 series. It certainly is a good looking car, no arguments there. And in my opinion, it’s going to age beautifully as the calendars change. That, in my opinion, is the sign of a great design.

This is where the debate starts. Is the BMW 330i a sporty car that happens to be luxurious, or is it a luxury car that’s fast?
The interiors are pleasant and luxurious with orange leather wrapped seats and armrests. The feature list isn’t as long though, the Skoda Superb will beat it at that. But the Superb is far from a right competitor to the 330i.
The seats are very supportive, not too soft, not too hard. Air-con works very well and so do all other controls. The dash is sensible with all controls where they should be. There’s also a floating type screen with great tactility and graphics.
The steering is skinny with an M// on it, so you know its from the sportier inventory.
The rear has space strictly for two, but those two are sure to sit in good comfort. The 330i has a sunlight roof which brings in a good amount of light to the cabin and helps the ambiance.
All in all, the interior of the BMW 330i M Sport makes for a great interior, with a good balance of sports as well as luxury aspects of the car.

https://youtu.be/qM4GtepUOPg
The 2017 BMW 330i M-Sport has quite an emotion riding on it. A six-cylinder 3 series has always held a special place in the minds of car enthusiasts which the previous model was. And it’s a bold move to replace that gem with a tiny 2 liter turbo 4. The engine develops 252 horsepower and 350 nm of torque. Surprisingly, though it’s a turbo engine, the negative traits of a typical turbo engine have been diluted here. There’s is little to no sense of turbo lag. And the sudden bump in the sensation of power when the turbo kicks in is also smoother. The torque is spread out over a wide rev range and performance is strong in both low and mid-range
I’d still cry for the straight six for the character and the sounds that the engine made. That said, the 2 liter isn’t bad, but the character of the engine isn’t exactly what you would call, special.
The  330i also loses out on the sharpness over curves. The suspension now feels softer and feels tuned more in the favor of comfort than outright driving pleasure. The problem is that the earlier 3 series was such a great drivers car that any tampering against the driving dynamics is bound to generate an outcry against the engineers making beemers.
Of course, you still can have loads of fun with the 330i. It comes with 4 driving modes. The Eco-Pro for when you want to be gentle on the fuel. The 330i comes with electric energy regenerative system and engine start-stop to save precious petrol for you. The engine start-stop can be a bit naggy though. We drove it in bad Pune traffic where there were multiple instances where the car almost reaches stopping speed and again sets off. But, every time that happens, the engine shuts off and starts back, maybe consuming more fuel instead of saving any.
Then there’s the comfort mode where everything is in the default state of tune. The Sports mode sharpens steering, transmission and power responses but keeps the traction control on. Finally, the sweetest of them all, the Sport+ where every aspect of the car is as responsive as it can be and the traction control is off.
In Sport+, its the most fun. Because the engine builds power so linearly and predictively, you can pin the throttle mid-corner, get the tail out and have some good ol’ fun. It isn’t a complete smoky affair with the tires while doing so, but it’s downright joyful.
All this, while returning figures of 13kmpl in the city and 15.8 km/l on the highway. Sweet!
The BMW 330i M-Sport runs on low profile 18-inch Bridgestones with 225/50 R18 up front and 255/50/R18 at the back. And that is a sporty credential. And it shows. There’s a fair bit of pothole thump that does find its way to the cabin. But the grip and stability over high speeds is satisfying.
So, all in all, though the 2017 BMW 330i isn’t as sharp or sweet sounding as it’s predecessor, it’s a good or rather great fun in its own right. The BMW 330i M-Sport can have the bragging rights of being an everyday sports sedan without carrying all the compromises that come with the M3 and similar cars. It’s gentle on fuel ( you would be wrong anyway if you expect great fuel economy numbers and performance in this category) and brings loads of fun with its performance. At 47.3 lakh ex-showroom, its also the best drivers cars in its price bracket. Still, the inline six…….sigh……
Visit bmw.in/ to know more.

Yamaha YZF-R15: All you need to know

ProRido: Details, in the words of Mr. Ashish Bansal 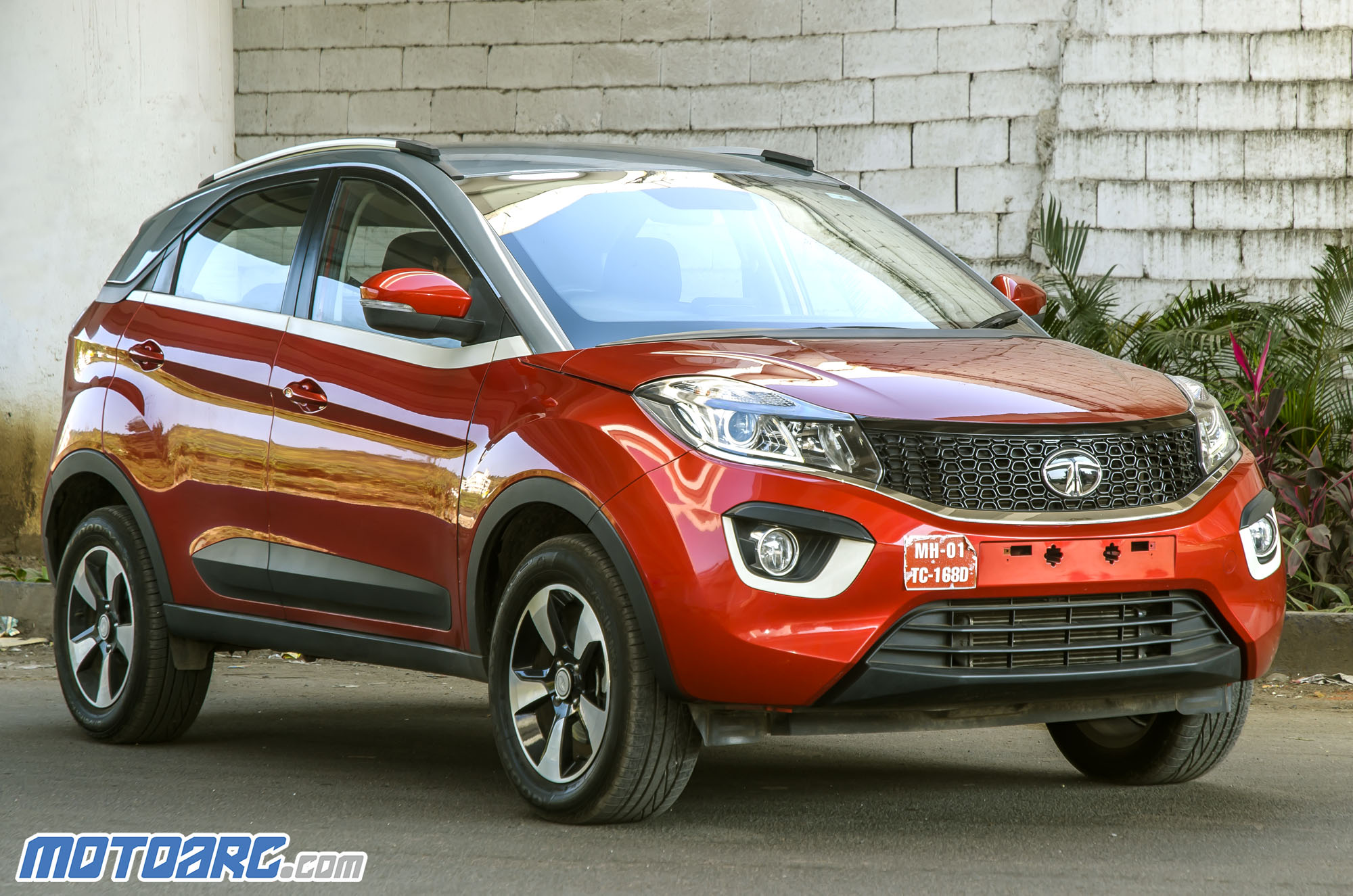