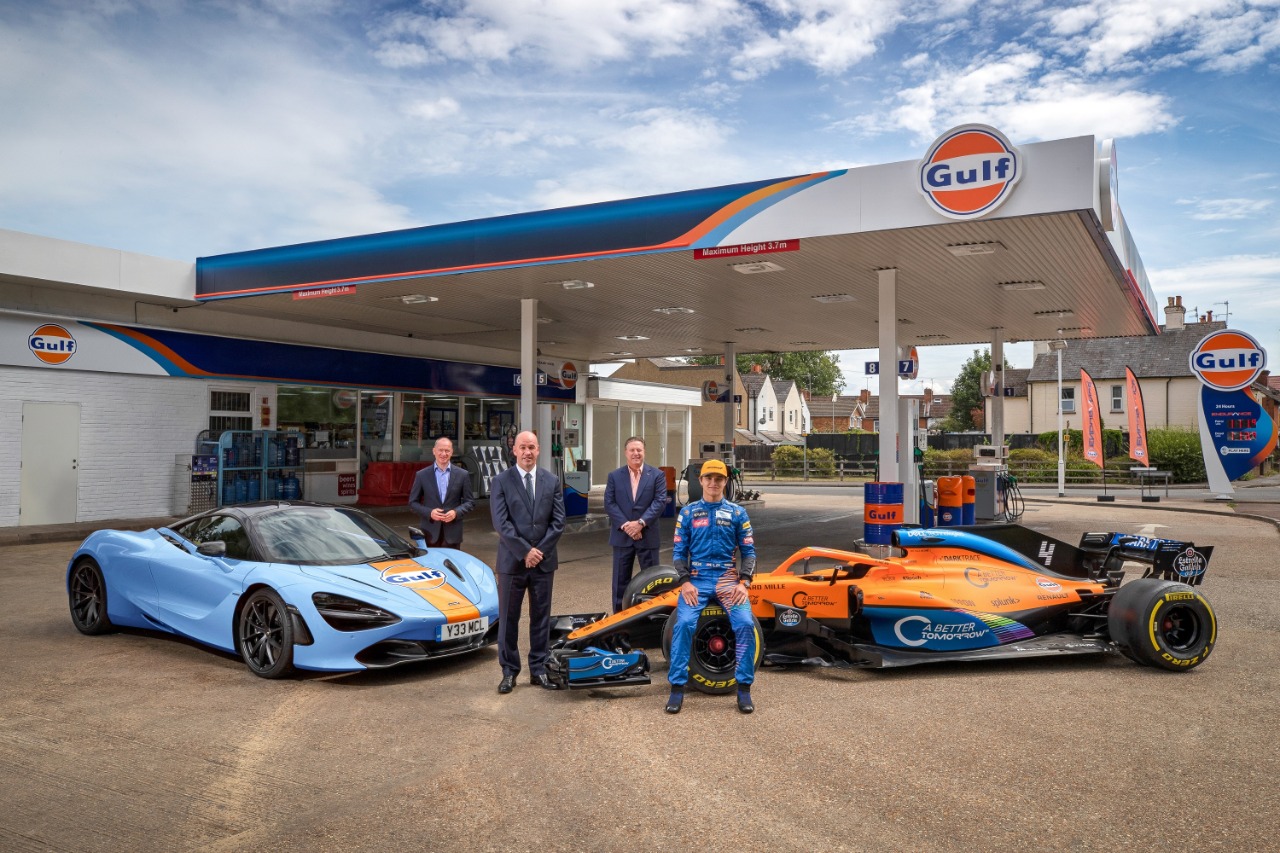 McLaren and Gulf Oil International Ltd have announced a multi-year strategic partnership which will see Gulf, one of the most iconic brands in the world, partner with world-famous race team McLaren Racing and luxury supercar company McLaren Automotive.

The partnership reunites two renowned brands that have a long-standing and successful history together and symbolises a united ambition to use both brands’ innovation and class-leading capabilities to refine a winning formula, both on the track and on the road.

Gulf’s link with McLaren started in 1968 and continued until the end of the 1973 season, with Gulf and McLaren enjoying success in both Formula 1 and the Can-Am series, in which the partnership won over 40 races. The partnership was then renewed at the Le Mans 24 Hours in the 1990’s, with the infamous McLaren F1 GTR running in Gulf colours throughout the decade.

From 2021, Gulf will become the preferred lubricant supplier to McLaren Automotive, with all cars to be filled with Gulf Oil and fuel optimised for high performance engines.

Gulf branding will also be displayed at McLaren Automotive’s PURE customer events that take place around the world, at retailers and on team kit.

In addition, a small and exclusive number of customers will be given the option to have their McLaren supercar hand-painted by McLaren Special Operations, the firm’s bespoke division, in Gulf liveries and colours which echo the famous F1 GTR Le Mans car that raced in the 1990’s.

To launch the partnership, the Gulf Oil brand will be integrated into the McLaren Formula 1 team from the British Grand Prix 2020 on Friday 31 July – Sunday 2 August. The logo will be represented by McLaren F1 personnel throughout the 2020 F1 season, including via race drivers Lando Norris and Carlos Sainz and the McLaren pit crew. Gulf branding will also appear on the engine covers and wing mirrors of the McLaren MCL35 race cars.

Mike Jones, CEO at Gulf Oil said “This is a very exciting partnership that brings the Gulf brand back into elite motor racing. The history books are full of remarkable tales that Gulf Oil and McLaren have achieved in the past and now we are together once more to write the next chapter of this unique partnership.

“We’re proud to be working alongside a brand that shares our ambitions for innovation and growth aspirations both on the road and on the track. We look forward to working together and developing both Gulf Oil and McLaren’s class-leading capabilities further.”

Ravi Chawla, MD at Gulf Oil Lubricants India Ltd said “We are thrilled to leverage this partnership between Gulf Oil International & McLaren that will help us deliver a unique value proposition to our Passenger Car Segment in India. Working with McLaren will help us to enhance our brand values, imagery & market position as a leading lubricant player. With this strategic multi-year partnership, we will create enthralling experiences for our consumers and racing enthusiasts.”

Zak Brown, CEO at McLaren Racing said “We’re delighted to welcome Gulf Oil back to McLaren and reunite two iconic brands back together in a new and exciting partnership. Gulf is part of McLaren’s history and are well-known for their innovation and technical excellence in the industry, with which aligns with McLaren perfectly. We are looking forward to starting our partnership together this season.”

“It’s great to be able to welcome back Gulf Oil after a long historical association which has seen the name adorn many McLaren road cars and race cars over the years. “McLaren has a rich history of working with class-leading partners and we’re delighted to continue this trend via our renewed partnership with Gulf. Like McLaren, the Gulf name is synonymous around the world with technical excellence and innovation and the excitement of going racing and motoring.

“Every supercar will have Gulf fuel and lubricants when it leaves the McLaren Production Centre and I know our customers will be thrilled to be able to work with our in-house bespoke team on the option of being one of the few to be able to personalise their McLaren supercar in the iconic Gulf livery.” 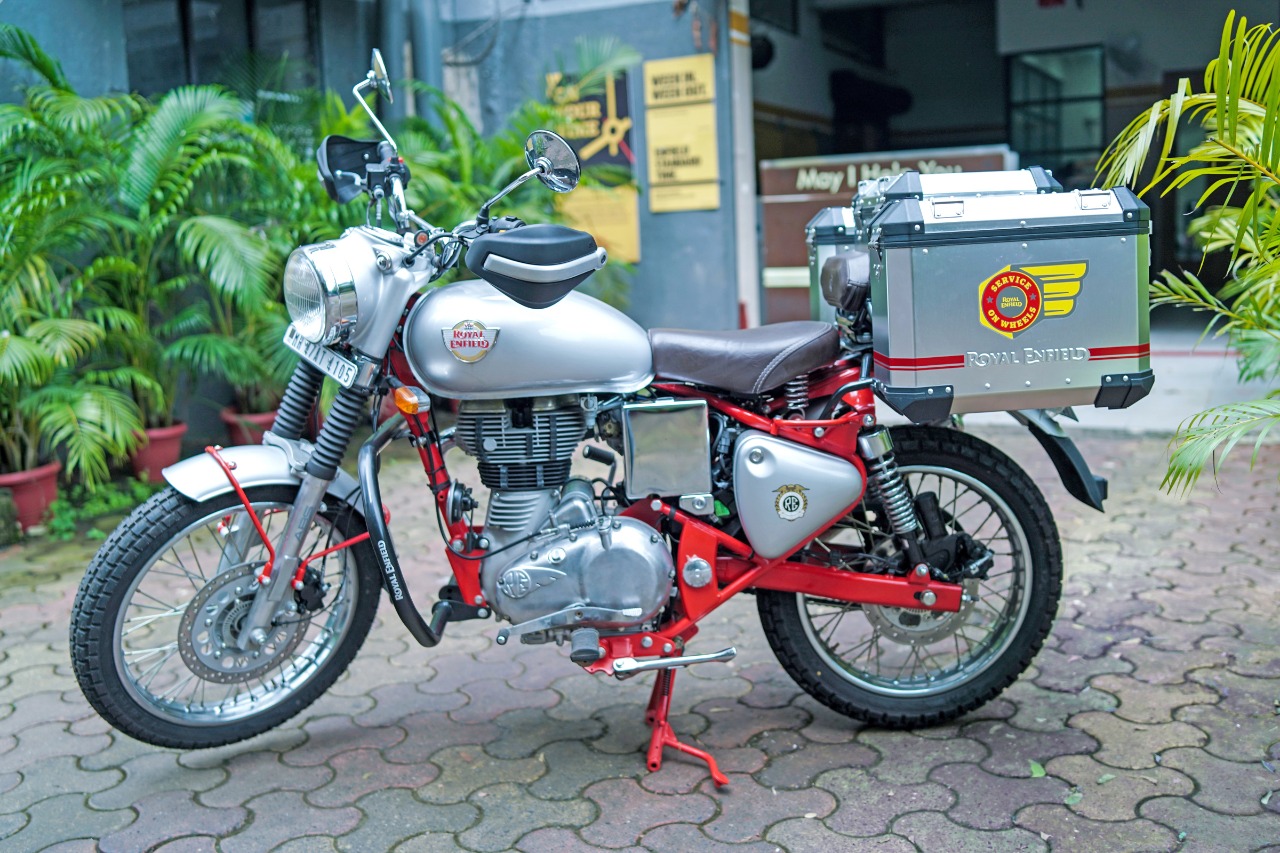