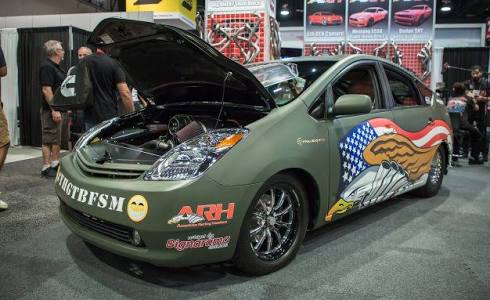 What if your health freak wife one day, makes her healthiest and bland tasting salad, in the best cheese and spices gravy ever? What would your brain make of that?

Something similar has happened to us folks of car loving community…

Why do I say that?

The SEMA show is on right now in Las Vegas Convention Centre, Nevada, U.S. And, some guys under the name American Racing Headers (ARH) have this on their stands:

Yes. Thats a damn Toyota Prius. Why would anyone have a Prius on their stands in a show thats all about crazy horsepower and tuning stuff? Because, THEY STUFFED A HELLCAT V8 IN ITS NOSE!

Right! 707 horsepower, 650 lb-ft, ear drum puncturing Prius is what it is now! With that it gets a four-link rear suspension, ladder frame, a six-speed Tremec manual transmission, nine-inch rear axle, a carbon-fiber driveshaft, , a full roll cage and wide and sticky Mickey Thompson slicks at the rear.

Add to it some quircky tags and stickers all over, the PriuSRT8 is an utter parody of what the Prius’ reason of existence.

Now we’re not sure wether or not its going to please the Hot-rod, muscle car loving folks. The person behind this is either going to be declared the most savage person on earth by them hotrodders or make him sit at a high position in the ‘hot-rodder’s most hated person’ list.

What do you say? Lets have it in the comments. 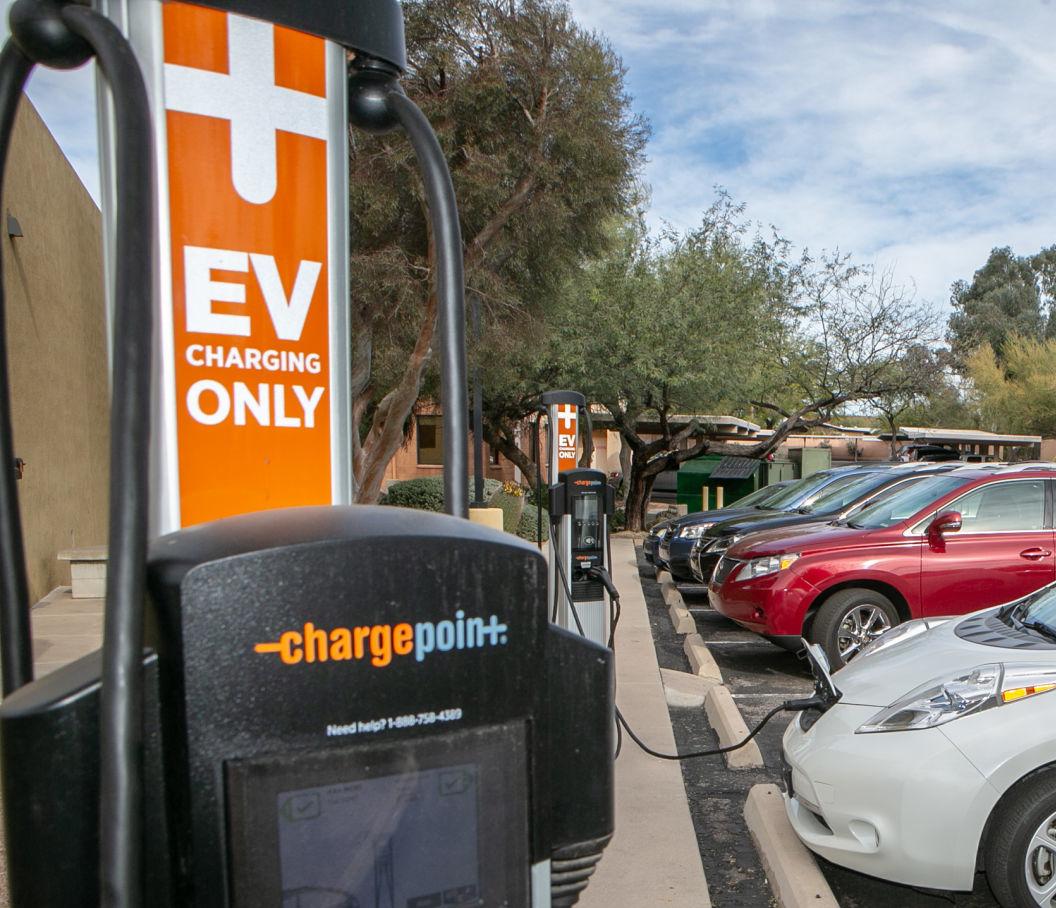 Retrofitting Cars with EV-Tech: The New Way to Electrify
October 25, 2019