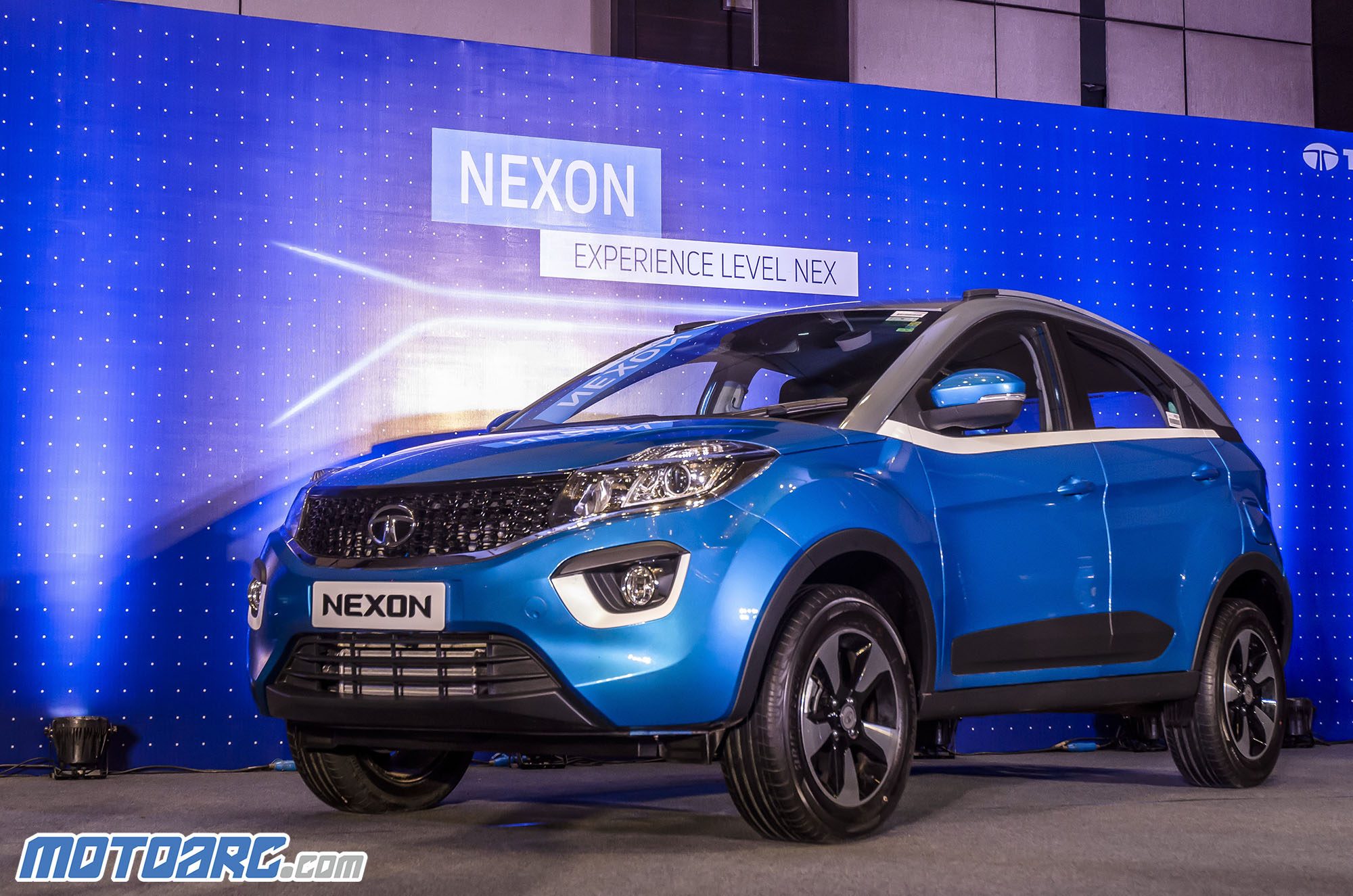 Tata added the Nexon to its portfolio of vehicles to set a foot into the compact SUV segment, and launched it in Pune today. Tata aims at the younger masses with the Nexon, which it shows through striking styling of the  vehicle.

Bothe motors make identical power -110 PS, and the torque figures are 170NM and 260NM for Petrol and Diesel engines, respectively.

The Nexon gets a 6 speed transmission and three driving modes; Eco, City, Sport. Offered in four trims, -XE, XM, XT, XZ+ the top end XZ+ gets the optional dual tone roof, which here, is in metallic silver. Based on the Impact design language, Tata says the design breaks the perception of an SUV being imagined with a boxy body. The aim here was to create a sports coupe roofline over an SUV. And, we say, the Nexon is a refreshing design, and standsout among all the compact SUVs offered in market today. The flamboyant looks, with Ivory White accents under foglamps and the shoulder line, are complemented by 16 inch dual tone alloy wheels. In the interior, the dash gets a three layer design. The Connectnext Infotainment system by Harman  comes with a 6.5” floating  touchscreen and an exclusively tuned 8-speaker system for surround sound effect. The infotainment system comes with   Android Auto and a host of smartphone apps to ensure an easy & intuitive vocal interaction with the Infotainment for navigation, music, making calls, reading & replying to text & Whatsapp messages. Autonomous Car? Thats a thing of yesterday. The humble tractor has gone autonomous, right here in India, thanks to Mahindra!