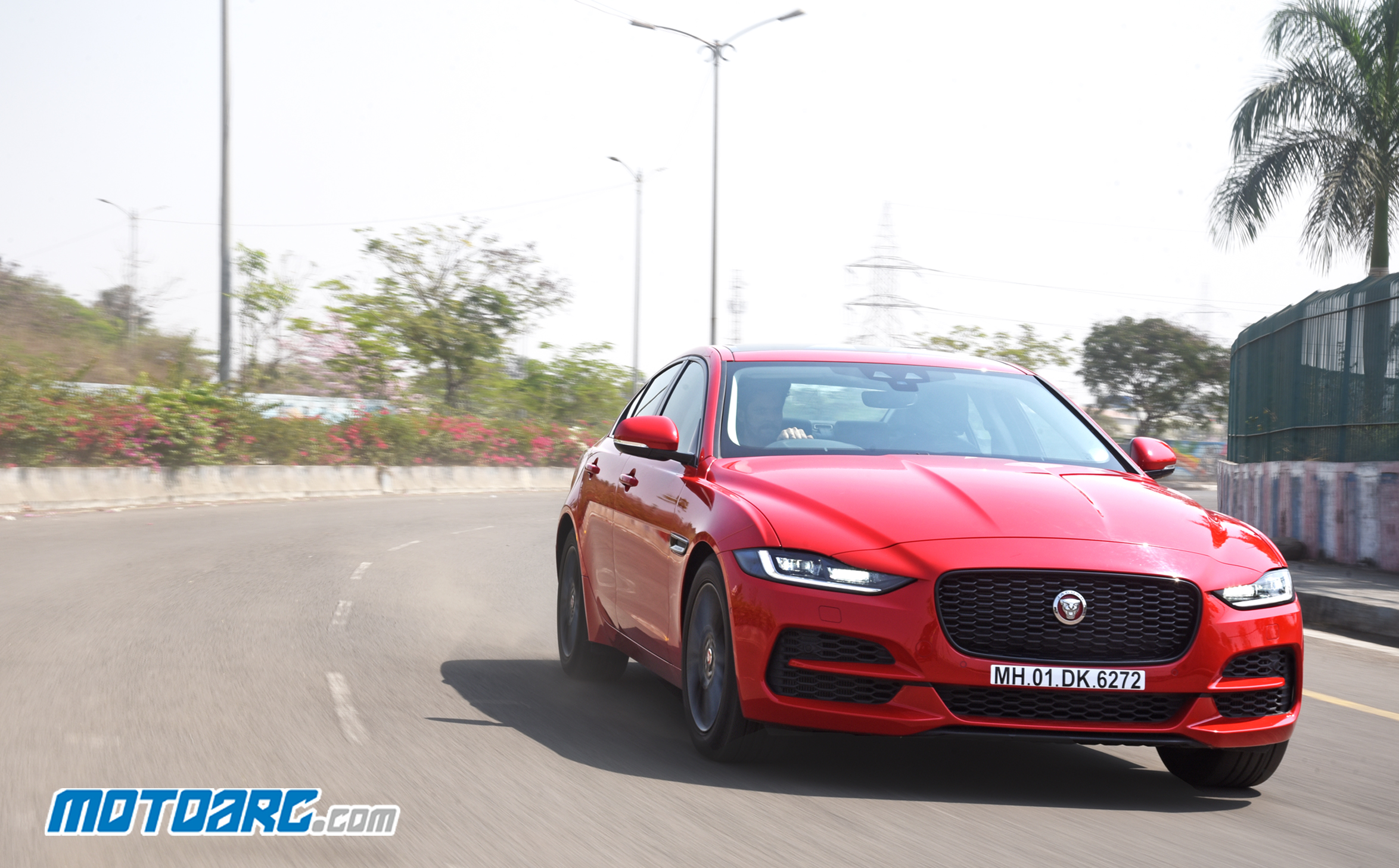 Just before all the mess, the world got into, the wretched Corona Virus, we drove the refreshed 2020 Jaguar XE. It launched in India on 8th Dec’19 and was one of the cars we were very keen on driving. Now, the 2020 XE is a refresh than a completely new model. Jaguar has added a few more gizmos, more power, and fresh looks to their sports sedan. Here’s how it fares:

Absolutely! Provocative even! Jaguar has hit the bullseye with the 2020 Jaguar XE. Jag has given the new XE a bigger grille, but it hasn’t gone all out like their German rival (guess who?, Right…) BMW. The headlights are now sleeker with integrated J-Shaped signature DRLs. The headlamps themselves are LED units. The new aggressive bumper gets bigger air dams with a body-colored portion between them.

The side profile follows the classic design book rules: Long hood-short boot, sloping roofline. Pure Magnificence! The designers have also played it safe with creases with one running from the hood to the C-Pillar: the other sitting lower, running from the front wheel arch to the rear. The former gives the baby Jag a staunch muscular appearance. Stand at the front third quarter angle of the Jag and you will appreciate the design to great extents.

The rear gets new a tail-lamp design and a redesigned boot-lid. The 2020 Jaguar XE is available in two trims, the S and SE. The SE variant gets the Black Pack appearance package as standard, which blacks out the alloy wheels, fender inserts, window surround, and the grille. Speaking of the alloy wheels, the XE gets 17-inch alloy wheels, which frankly feel like a miss from the otherwise brilliant design. Though a wise choice given the condition of our roads, they simply feel small and rather simple. The alloy wheels are shod with 225/55/R17 tyres and fill up the wheel arches nicely.

The 2020 Jaguar XE is available in 6 exterior color options. But especially in this shade of Caldera Red that our tester wears, the Jaguar XE will always invoke the driver in you as you walk towards it.

The interior of the 2020 Jaguar XE is a familiar place as the dashboard layout remains the same as before. However, Jaguar has made some improvements to up the ante of this sports sedan. The interiors are finished in black upholstery. Notably, gone is the rotary gear selector, in place of which Jaguar has given the joystick-style lever. It’s perfectly shaped for grip and also feels much more sporty than the rotary knob (Though we miss the flamboyance of the rotary knob rising upwards when the car starts). There is a very racy toggle switch to shift through driving modes which is a great touch. You also get a wireless smartphone charger to charge your phone on the go.

Also, you get a new steering wheel which you find in recent JLR vehicles. And this has to be one of the best steering wheels on the market aesthetically speaking. The steering hosts the audio controls, voice control buttons, cruise control buttons, and driver info display controls. Speaking of which, the driver instrument console is now a fully digital unit. The graphics are crisp, simple, yet sporty. You also now get a host of information displayed on the instrument cluster between the digital rev meter and speedo. That information can be customized depending on what you want to be displayed on the cluster.

The infotainment system is Jaguar’s Touch Pro system with a 10″ display. It gets the Android Auto/ Apple Car Play connectivity. More on that, later. The XE gets ventilated leather upholstery for cooled seats, which are a boon in the Indian summer heat. The front seats have a low and very sporty position with great support. They offer a great driving position, suitable for enthusiastic driving. They also get a 12-way powered adjustment and AI-assisted memory function. The AI-Assist Memory function also covers the mirrors, instrument cluster layout, as well as FM Radio.

Also new is the inclusion of a sunroof, which adds to the ambiance and the experience. Moving to the rear, the seats aren’t the best in its class. The seating position is low and the small ingress makes getting in an uncomfortable affair. Also, the protruding bolstering at either end of the seats eats up into much-needed space when 3 people are seated in the rear.

Of course, with two on-board the rear seats, there is decent space for comfortable long journeys. The Rear AC vents are big and provide quick cooling. Also worth mentioning is the addition of 12V charging sockets for rear passengers.

The Jaguar XE now gets a SmartPhone pack that lets you control a whole lot of features of your XE through your smartphone, using the Jaguar InControl mobile app. Along with traditional smartphone functions like cabin pre-cooling, vehicle lock status, geofencing, it also offers Navigation Pro. Navigation Pro allows you to get live traffic updates, while also sharing your arrival time, location info with your desired contacts.

You also get intelligent features like Driver Condition Monitor which detects driver fatigue through his/her steering inputs and pedal inputs. If it detects any signs of fatigue, it suggests you take a break via a coffee-cup symbol on the instrument cluster. You also get 360-degree exterior cameras for convenience while parking in tight spots or while driving through heavy traffic.

Other features worth a mention are park assist, lane keep assist, and cruise control with speed limiter. All the aforementioned tech makes life easier with the Jaguar XE. Also, it lets you know about pedestrians or cyclists or other traffic that will pass beside you when you’re stationary so that you don’t ram them when you open the door while getting out.

Enough with how good of a computer the car is. Let’s talk about how the XE is as a CAR. And beneath all the gadgetry, sensors, robotic intelligence sits a very potent driver’s car. Let me assure you that when you start the car after you’re invoked by the frankly brilliant design, your adrenaline won’t dry off with the way the car drives.

247 HP and 365Nm of torque to play with if you buy the 2-Litre Ingenium petrol-powered XE. 188Hp and 430Nm if you buy the 2-Litre diesel-powered one. We drove the petrol variant. And it is spot on. The XE starts with the usual Jag growl before settling for a quieter idle. It moves eagerly from the standstill with ample low-end torque. And if you mash the throttle for a 0-100kmph run, you will hit the ton in 6.5 secs (manufacturer claim).

The thing you notice while you’re at your business of driving is how well balanced the Jag is. It’s the sweet spot between a comfortable luxury sedan and an outright sporty canyon carver. The chassis is taught and predictable, while the suspension soaks up bumps very well. It feels soft enough to not rattle your bones out. But tuned precise enough that you can rocket through corners with very high levels of confidence. Add to it the chunky steering wheel that feels solid to hold. And though it falls short on feedback, you would forgive that part for the way it responds to inputs.

The power delivery is smooth and there is power almost everywhere in the rev band. The only tiny blemish would be the 8-speed DCT, which isn’t at its best here. It feels a bit confused at times and downshifts almost at any slight prod at the accelerator pedal. But that also gives the XE quick reflexes. You can even get the tail to step out but the ever-alert Traction control will quickly correct you. Jaguar has equipped the XE with Torque Vectoring by Braking system. This system automatically puts the brake on the inner wheel when you’re turning at speed, which pivots the car quickly into the turn, thus improving turn-ins.

Overall, the XE proves itself as a true-blue driver’s car. The seating position is fantastic, front-seat comfort is really good, though rear-seat comfort won’t be a strong point. The 2020 Jaguar XE will surely leave you satisfied with its driving credentials. And with all that equipment and features that Jag has given it gives the XE a serious edge over its German rivals. Prices start at Rs.44.98 lakh for both petrol and diesel variants.

Visit the Jaguar India Official Website to configure yours. 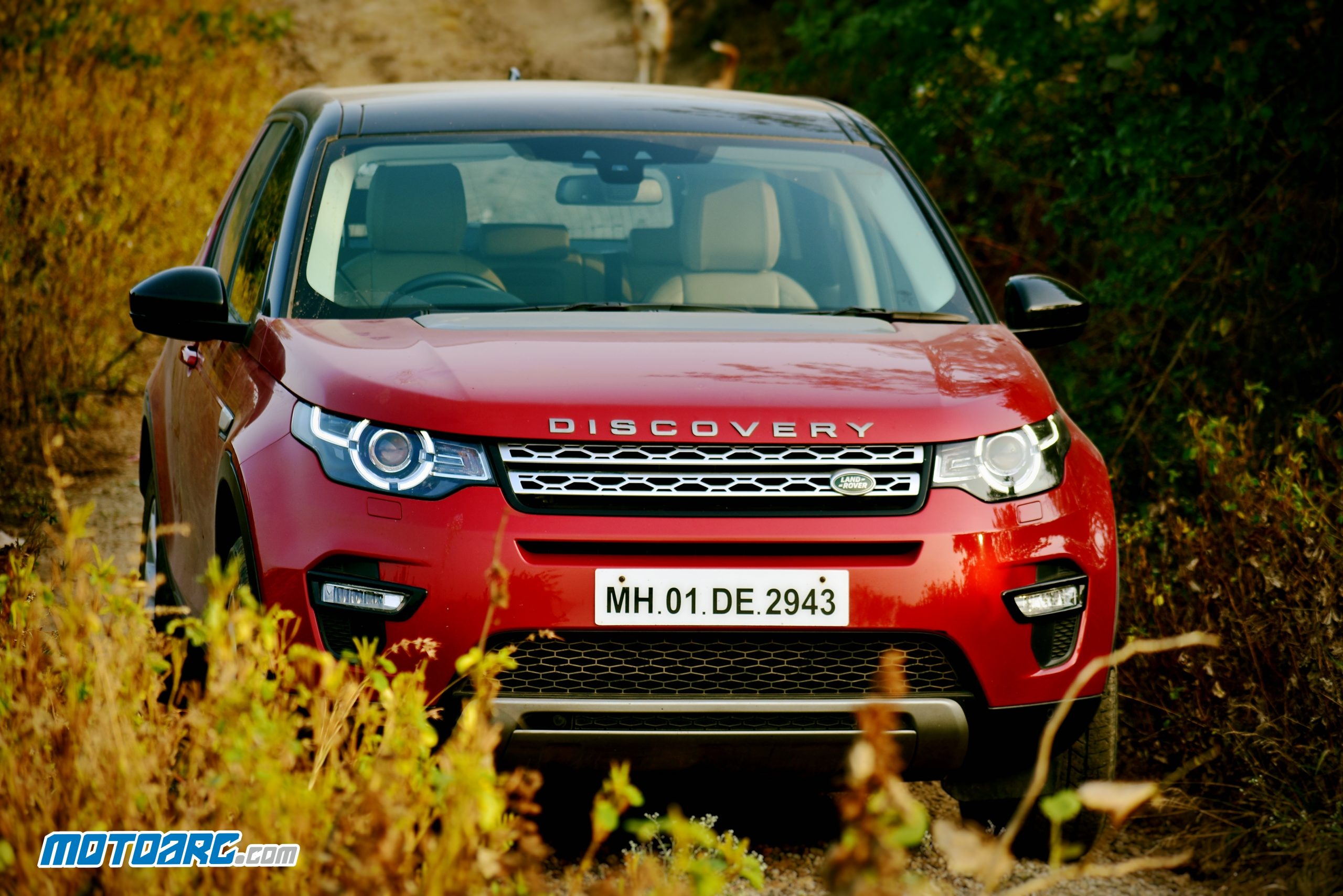